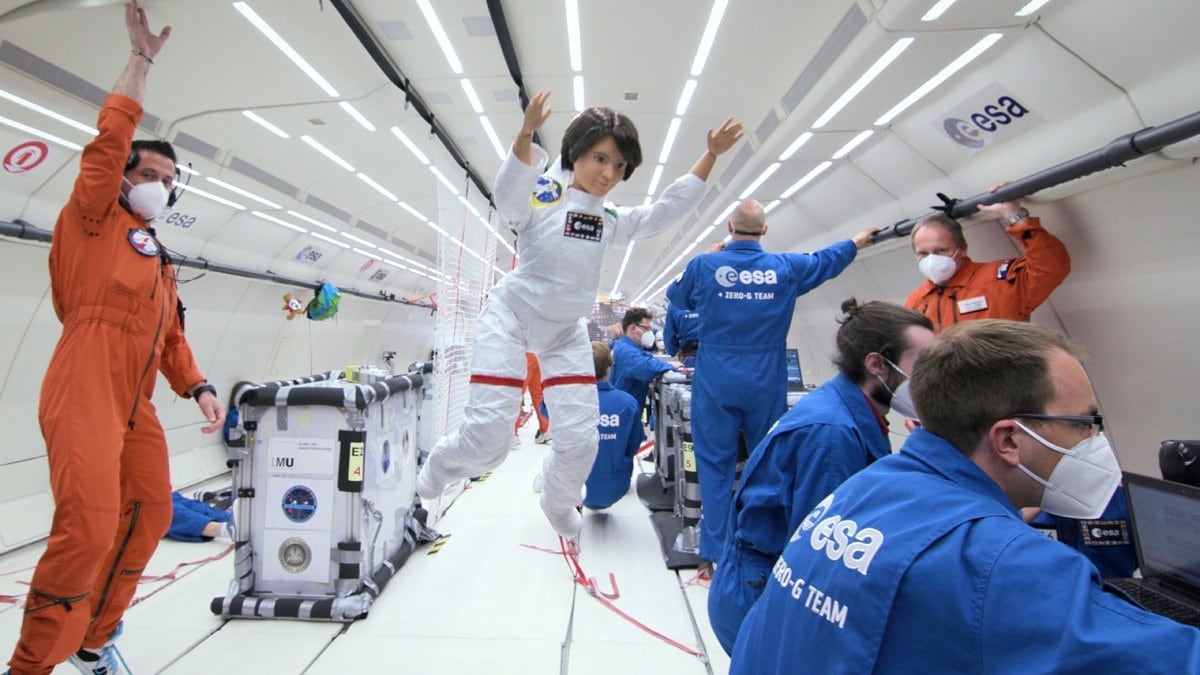 Astronomy enthusiasts are celebrating World Space Week from October 4 to October 10. To make this event memorable for young girls and encourage them to consider a career in space research and STEM, the European Space Agency (ESA) has put a special Barbie doll — modelled after European astronaut Samantha Cristoforetti — in zero-gravity at a base in Germany to prepare it for the environment before heading off to space. The doll sported a white spacewalking suit. This doll debuted on the International Day of the Girl Child on October 11 in 2018. Another such doll that debuted alongside donned a blue flight suit with ESA patches.

The doll in white spacewalking suit was placed in a zero-gravity flight on October 4, marking Barbie’s 60th anniversary. The aim of the initiative is to inspire young girls to consider a career in STEM — science, technology, engineering, and mathematics. It is backed by educational resources that outline career options in the space industry and also make available study materials for primary school children.

Proceeds from the sales of these two dolls across the toy stores in the UK and Europe will go towards the non-profit organisation Women In Aerospace (WIA) to help students in their higher studies, stated a report.

Samantha Cristoforetti is set to become the first European female astronaut to command the International Space Station next year. Popularly known in her home country Italy as “AstroSamantha” or “AstroSam,” she hopes the images of the doll flying in zero-gravity will “kindle a passion in some girls’ hearts” and inspire the next generation.

In an interview to Sky News recently, Barbie’s Marketing Director for Europe and Emerging Markets Isabel Ferrer said the brand is using its platform to encourage young girls to explore their “limitless potential” in the space industry, which is still underrepresented by women.

World Space Week was declared as an annual celebration in 1999 by the United Nations General Assembly. This year, more than 90 countries are organising events to mark the event with the theme “Women in Space.”

Windows 11 Now Available for Download in India: How to Get It on Your PC, Top New Features

Oppo to Debut Android 12-Based ColorOS 12 on October 11: How to Watch Livestream, Top Features

William and Kate met by chants of ‘USA, USA’ and pockets of booing as race row clouds visit
Joules administrator on brink of rescue deal with Phase Eight-owner Foschini
By-election wasn’t just a bad result for the Tories – it was a disaster
Rishi Sunak says ‘racism must be confronted’ after Buckingham Palace row
‘Racism has no place’: Prince William’s office condemns his godmother for comments to black palace visitor