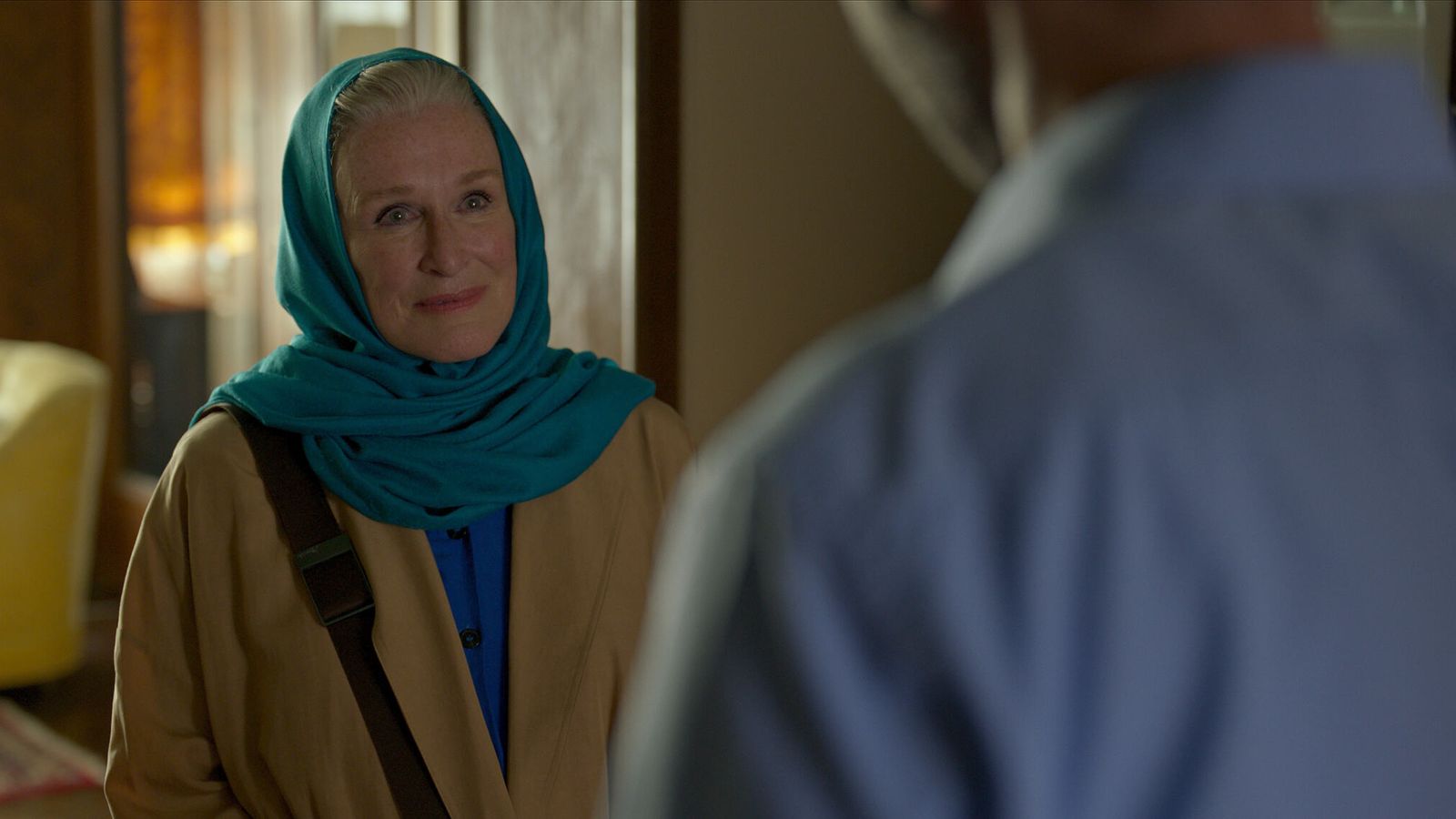 With a career spanning almost 50 years, a huge body of work and no fewer than eight Academy Award nominations, it would be fair to assume there’s not a lot Glenn Close hasn’t done when it comes to acting.

But for her latest role – in the international spy drama series Tehran – the star found herself speaking Farsi for the first time.

The show is returning for a second season, and Close joins the cast as a renowned psychologist and undercover Mossad agent assigned to oversee the main character on her new mission.

She told Sky News’ Backstage podcast she’s never spoken the Iranian language before, and that she immensely enjoyed the challenge.

“It was a real brain exercise – it was a brain twister,” Close said.

“As much as you kind of hone in on some of the sounds and how to make them and the construction of the sentences, it still boils down to – until you get to the point where you can think in a language – it’s basically just memorising one sound after another, then learning what the intonation has to be and then doing it in a tempo that’s believable.

“And so that was hugely challenging and one of the thrills of doing it… it was really fun and a really good workout.”

The show, about espionage between Israel and Iran, is clearly fictional, but Close says TV and film can help audiences make sense of global politics and real world events.

“I think what drama can do with great writing is to give eloquence to some of the thorniest problems that are going on in the world,” she said.

“I personally feel that we lack eloquence and you think, ‘oh, that’s just how people talk’, but no – through history the great leaders are people who had eloquence, and that means they knew what order to put words in that would actually communicate right to the heart of both sides of whatever it is, and that’s what we are in sore need of in the world today.

“And I think it’s through writing and through the creation of characters that people can relate to, that they actually maybe even subconsciously, get a perception of things that they didn’t have before.”

The first season of Tehran was critically acclaimed and a breakthrough success; even winning best drama at last year’s international Emmys – the first Israeli series to ever win the award. Close admits it was appealing to do something away from Hollywood.

“Very much so – it was about an area of the world that I’d never been to, even filming in Greece was a new experience, having a cast and crew that weren’t English speaking, I mean not their first language,” she said.

“And being part of a show that a platform like Apple TV+ deems worthy enough to give a global audience to, that to me is thrilling, that a show like Tehran emanating from Israel, created by a woman, is now being shown around the world.”

Close’s co-star Niv Sultan, who plays the lead character in the show, says the response to the first series has been special.

“Honestly, we didn’t expect the show would take such huge success and the responses were amazing,” she said.

“So we can only hug it and embrace it and continue working hard.”

The second series of Tehran is on Apple TV+.