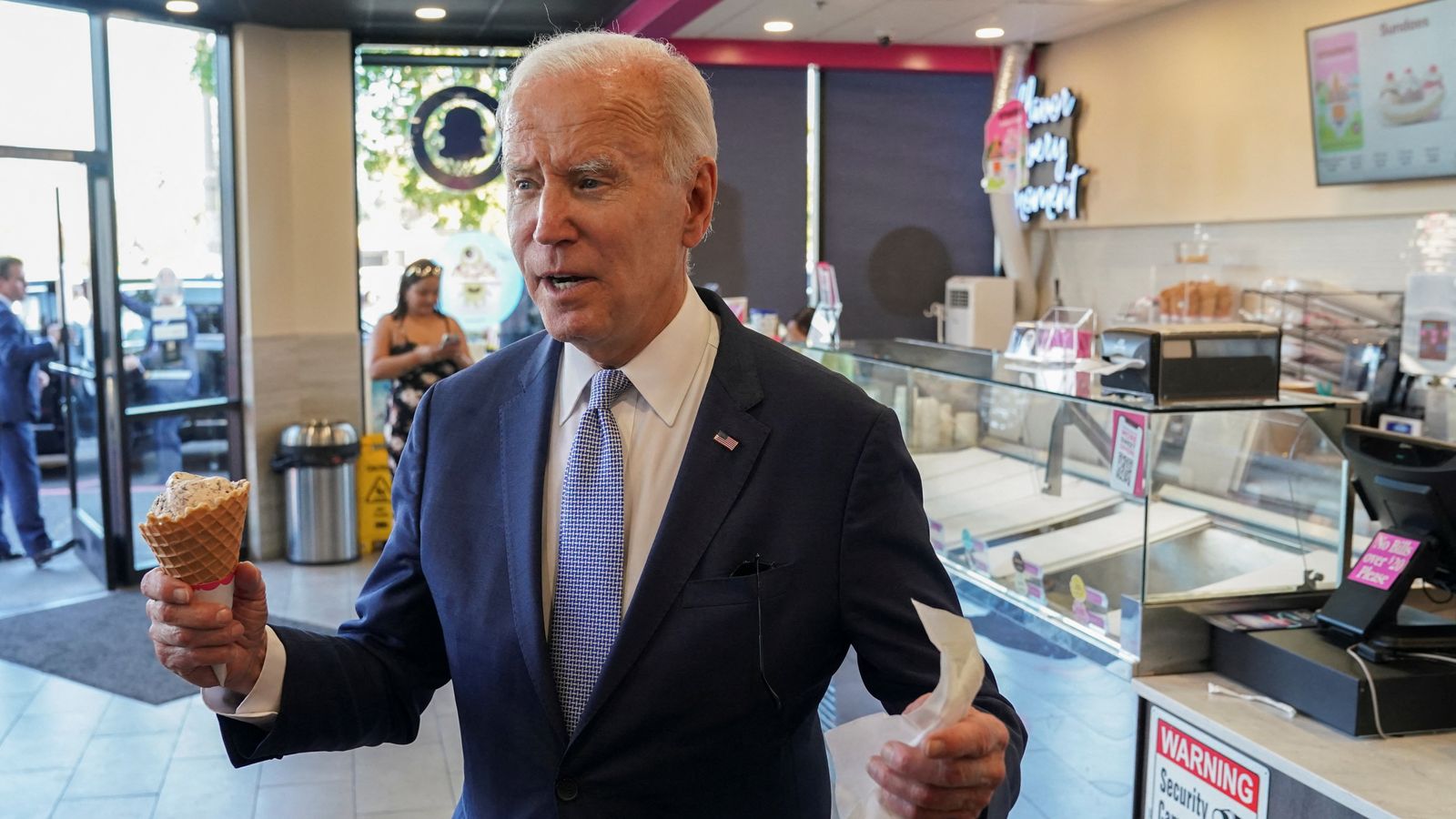 The US president has branded Liz Truss’s original economic plan as a “mistake” amid continued criticism of the prime minister’s fiscal policies.

Speaking to reporters after stopping at an ice cream parlour in Oregon, Joe Biden said he “wasn’t the only one who thought it was a mistake” and that the poor outcome of the government’s mini-budget was “predictable”.

Ms Truss’s economic plan, which sent financial markets into chaos and caused a steep dive in the value of the pound, has been torn down by critics for not using forecasts by the Office of Budget Responsibility.

As a result, she has been forced to walk back on her aggressive tax-slashing initiative, and sack Kwasi Kwarteng as chancellor.

Asked about the strategy, Mr Biden explained that while he disagreed with the prime minister’s plan, it was ultimately up to the British people.

The president added: “The problem is the lack of economic growth and sound policy in other countries.”

In recent weeks, the dollar has set a new record against the pound, which benefits US imports but makes the country’s exports more expensive around the rest of the world.

His comments come after weeks of White House officials declining to criticise Ms Truss, though they had emphasised that the economic fallout of her policies was being closely monitored.

How long can Truss stay in power?

‘The drive on the economy is right’

Questions still hang over the UK government about whether it will be able to win support from Conservative MPs, with the series of painful tax and spending decisions already prompting memories of the austerity era under David Cameron and George Osborne.

Read More:
Can Liz Truss see eye to eye with her new chancellor?
How Truss could be removed as PM
Tory WhatsApp messages reveal divided party

Even the newly appointed chancellor Jeremy Hunt has declared mistakes were made in the government’s original economic plan, and has spent the weekend trying to win over Conservatives to the new Downing Street regime.

Mr Hunt, who met Treasury officials on Saturday, has insisted that he and the prime minister are a “team” and are now prioritising “growth underpinned by stability”.

“The drive on growing the economy is right – it means more people can get good jobs, new businesses can thrive, and we can secure world-class public services. But we went too far, too fast,” he said.

As Mr Hunt begins his job of putting together a fresh budget ready for 31 October, one possible plan, as reported in The Sunday Times, would be to delay Mr Kwarteng’s aim of reducing the basic rate of income tax by a year as part of a wider package designed to calm the financial markets.