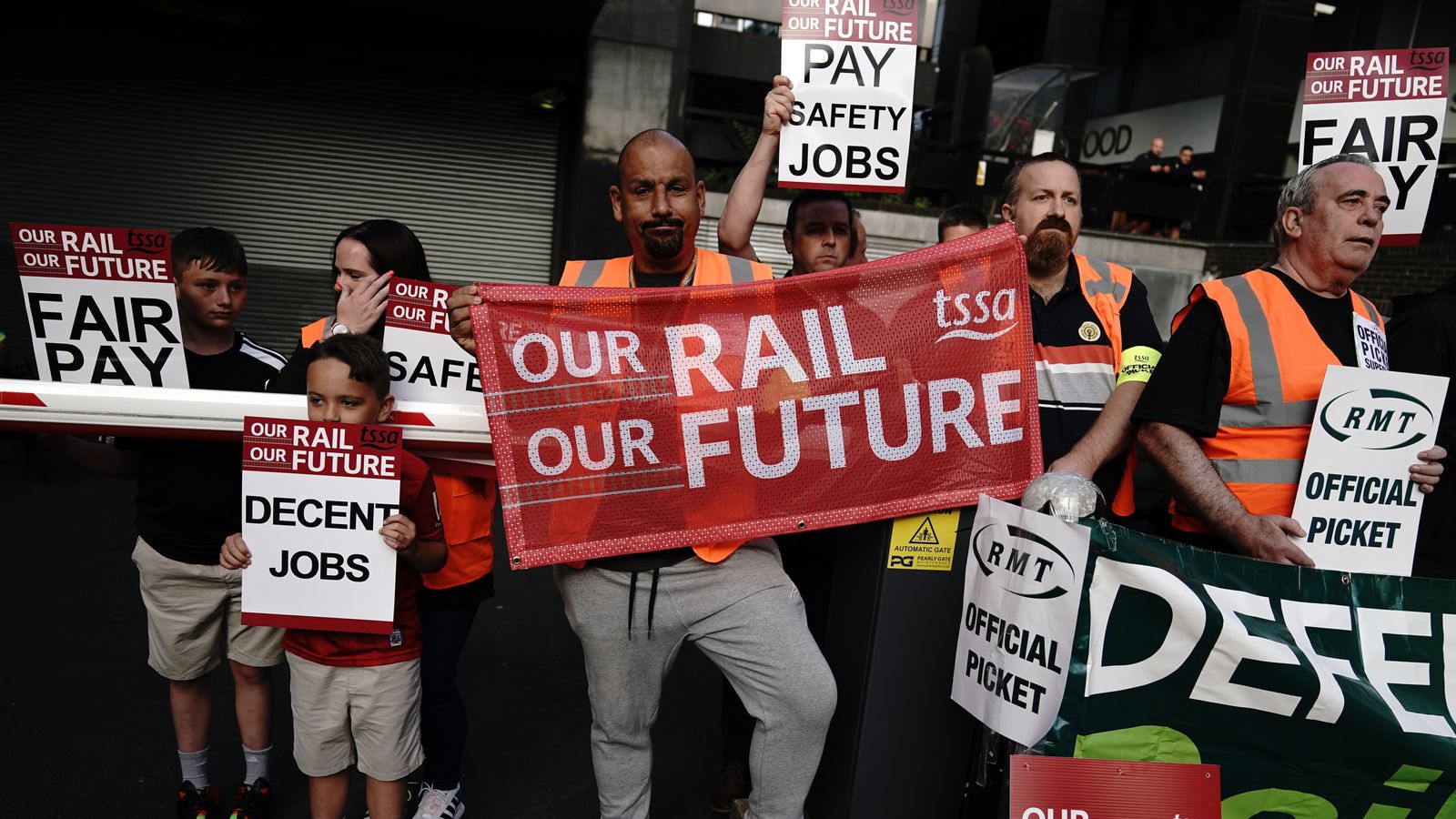 The government is pressing ahead to introduce legislation which will require transport workers to run a minimum service when strikes are taking place.

It comes after commuters have been plagued by months of travel chaos caused by industrial action by railway workers, who are calling for better pay, working conditions and job security.

But trade unions have insisted the proposals will undermine workers’ right to strike and have promised to defend their members.

The legislation is part of a pledge made by the prime minister to introduce such a bill within the first 30 days of parliament sitting.

Liz Truss is aiming to ensure transport services, including rail, tubes and buses, cannot be completely shutdown when workers go on strike.

“The government stood on a manifesto commitment to introduce minimum service levels. As we have seen only too often in recent months, it is wrong that strikes are preventing hard-working people and families up and down the country from getting to work, doctors’ appointments and school,” a government source said.

“That is why we are introducing this legislation, to keep Britain moving, ensure people can get to work, earn their own living and grow the economy.”

The minimum service levels law is expected to come into force next year.

Similar legislation already exists in some western European countries, such as France and Spain, but unions have criticised the move as being “unworkable”.

What are rail workers asking for?

“Truss and her ministers want to make it harder for workers to win better pay and conditions. It’s a cynical distraction from their own failings,” he said.

“The changes are unfair, unworkable and incompatible with our international commitments. Trade unions will oppose them every step of the way.”

Read more:
Nine tips to reduce how much fuel you use
Worst performing rail operator revealed
‘Time for union bosses to get out of the way’

Rail, Maritime and Transport union general secretary Mick Lynch said the restrictions will only make it “more difficult to reach a negotiated settlement” in the current rail dispute.

“We already have the most draconian and restrictive anti-trade union laws in Western Europe,” he said.

“Working people are fed up with the government trying to make them scapegoats for the country’s problems.”

Jack Dorsey’s Block backs bitcoin mining company that wants to bring 25-cent electricity to rural Africa
‘Extremely advanced’ bomber aircraft unveiled by US
Antibiotics could be given to children at schools affected by Strep A
As China eases Covid restrictions, Club stocks stand to gain
Will Judge sign? Which NL West team could make a huge move? What we’re hearing at the winter meetings