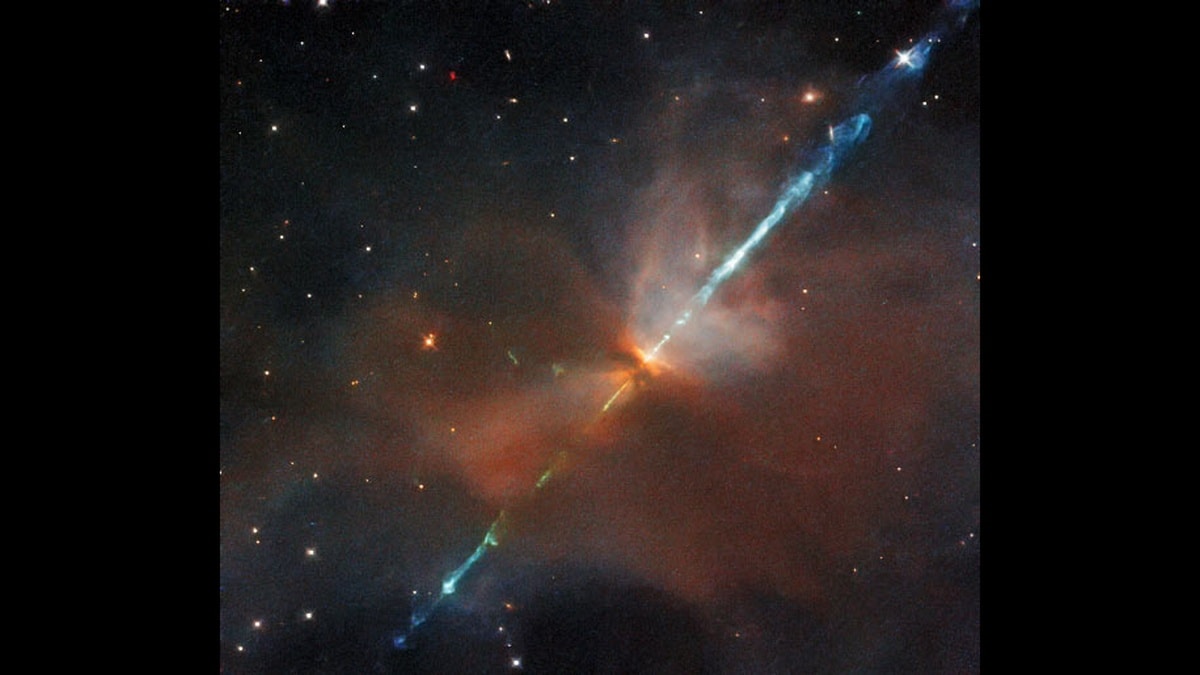 The European Space Agency (ESA) has shared a stunning image on Instagram of a rare celestial event, known as a Herbig-Haro object, occurring in a dark alley of the incredibly vast universe. It shows a bright beam of light appearing to move with rapid speed and penetrating the clouds. Captured by the Hubble Space Telescope, this particular phenomenon involved the object named HH111. These spectacular objects are formed under specific circumstances and involve infant stars that are very active. The gas ejected by the young stars collides with clouds of gas and dust at speeds of several hundred kilometres per second.

It is these full-of-energy crashes that make Herbig-Haro objects like HH111. The Instagram post accompanied a detailed description of the event and was titled, “Hubble Time!”

“Our space is so beautiful but so mysterious,” commented a person with the username “darkhir0shi” on the ESA post.

“It seems a great Jedi sword that’s breaking the Dark Side of Force, transforming it into a huge, more clear heart,” said Bianca N Meroni, borrowing from the Star Wars universe.

This particular image was taken by Hubble’s Wide Field Camera 3 (WFC3), which observes objects at optical range (wavelengths sensitive to human eyes) and infrared range (wavelengths too long to be detected by human eyes). Herbig–Haro objects emit light at wavelengths that are visible to the human eye but the surrounding dust and gas absorb much of the visible light. So, the WFC3 is used to observe these objects successfully at infrared wavelengths.

Recently, the Hubble Space Telescope‘s social accounts shared images of a tug-of-war among a trio of galaxies – for gravity. On its official Twitter handle, the caption said that the “triplet of galaxies, called Arp 195” was “caught in a gravitational tug-of-war game”. The triplet galactic system, Arp 195, is some 760 million light-years away from the Earth.

This #HubbleFriday view shows a triplet of galaxies, called Arp 195, caught in a gravitational tug-of-war game.

It’s featured in the Atlas of Peculiar Galaxies, which showcases some of the weirder galaxies in the universe: https://t.co/3hYBoCsc66 pic.twitter.com/SDSHazfgYc

Hubble Space Telescope is a collaboration between the ESA and NASA. It is one of the largest and most versatile space-based telescopes that has been uncovering spatial mysteries since the early 1990s.