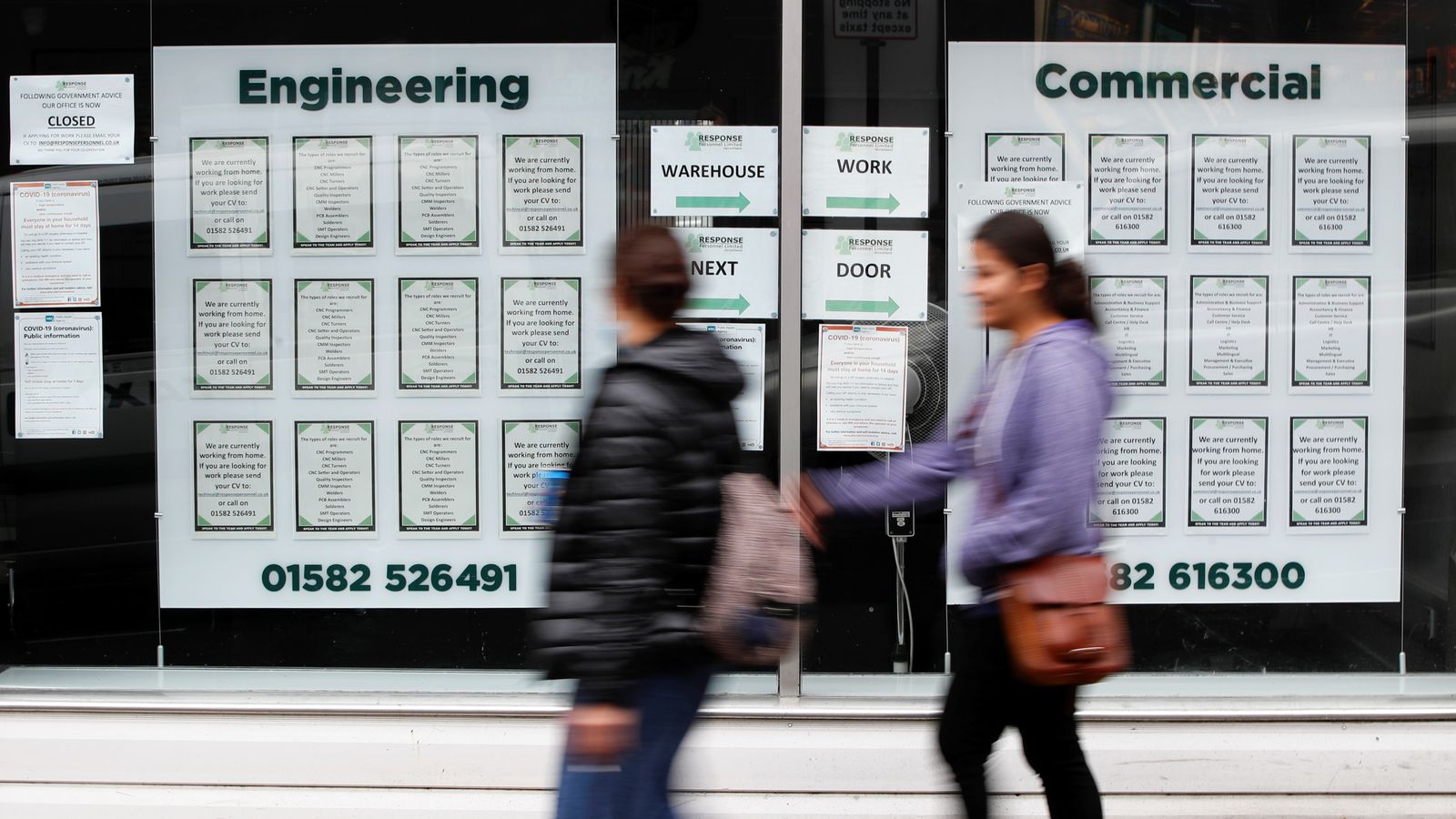 The number of employees on UK payrolls recovered to pre-pandemic levels last month, the Office for National Statistics (ONS) said.

The ONS also said the number of job vacancies in the June-August period climbed to a new record high of 1.03 million, with the biggest demand for hiring seen in the hotel and restaurant sector.

Meanwhile the overall unemployment rate – covering a slightly earlier period, from May-July, fell back again to 4.6% from 4.7% a month earlier – having topped 5% earlier in the pandemic.

Total wages in the three months to July rose by 8.3% on the same period in 2020 and by 6.8% when stripping out bonuses though the ONS cautioned that the numbers were affected by temporary factors linked to the pandemic.

The rate of redundancies over the period decreased to 3.4 per thousand employees, similar to pre-COVID levels, the ONS said.

The improving picture for UK employment covers a period when the government’s furlough support started to taper off – threatening to bump up jobless numbers.

But at the same time the reopening of the economy has prompted a surge in demand for workers in some sectors.

Jonathan Athow, ONS deputy national statistician for economic statistics, said: “Early estimates from payroll data suggest that in August the total number of employees is around the same level as before the pandemic, though our surveys show well over a million are still on furlough.

“However, this recovery isn’t even: in hard-hit areas such as London and sectors such as hospitality and arts and leisure the numbers of workers remain well down on pre-pandemic levels.

“The overall employment rate continues to recover, particularly among groups such as young workers who were hard hit at the outset of the pandemic, while unemployment has fallen.

“Not surprisingly, this is driven above all by hospitality, the sector with the highest proportion of employers reporting their job openings are hard to fill.”

“As we continue to recover from the pandemic, our focus remains on creating opportunities and supporting people’s jobs.”

Tesla delivered 254,695 electric vehicles in the second quarter of 2022
VW and Siemens invest $450 million in Electrify America to accelerate EV charging infrastructure
Google says it will delete location history for visits to abortion clinics after overturning of Roe v. Wade
This is how Trump supporters reacted to seeing parts of Jan. 6 hearing
Aqua superPower turns on its first marine fast charger in US