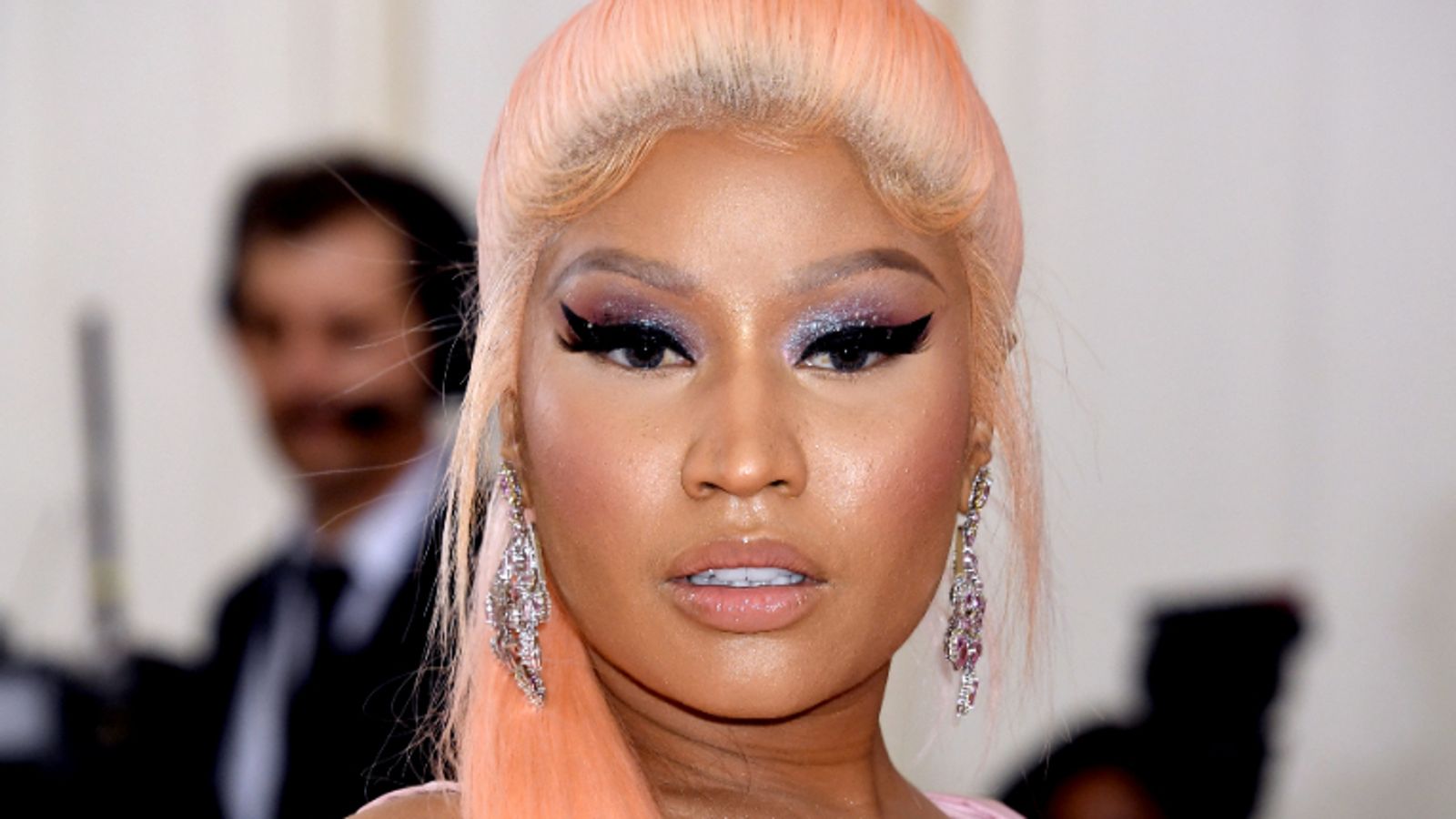 Chief medical officer Chris Whitty has said rapper Nicki Minaj “should be ashamed” after she tweeted that COVID vaccines are linked to impotence.

“That happens to be one of them.”

He said there are “people that go around trying to discourage other people from taking a vaccine which could be life-saving or prevent them from having life-changing injuries to themselves”.

“Many of those people I regret to say will know they are pedalling untruths but they still do it,” he said.

“In my view, they should be ashamed.”

Prime Minister Boris Johnson said: “I am not as familiar with the works of Nicki Minaj as I probably should be.

“But I am familiar with Nikki Kanani, a superstar GP of Bexley who has appeared many times before you, who will tell you vaccines are wonderful and everybody should get them.

“That’s why I prefer to listen to Nikki Kanani.”

Tweeting a video of Sky News showing the Downing Street briefing, the rapper reacted to Boris Johnson’s comments saying: “I love him even tho I guess this was a diss? The accent ugh! Yassss boo!!”.

She then tweeted an audio message to the prime minister saying: “Hello Prime Minister Boris, it’s Nicki Minaj. I was just calling to tell you I thought you were so amazing on the news this morning and I am actually British.

“I’d love to send you a portfolio of my work since you don’t know much about me. I am a big big star in the United States.”

🇬🇧 🇬🇧🇬🇧🇬🇧🇬🇧🇬🇧🇬🇧 send this to the prime minister & let him know they lied on me. I forgive him. No one else. Only him. 🙃 pic.twitter.com/ZmJ2sST8Es

Asked about the star’s posts, a Twitter spokesperson told Sky News: “The tweets referenced are not in violation of the Twitter Rules.”

The chart-topper rapper revealed she had recently contracted COVID-19 in a series of tweets and also that she has not yet been vaccinated.

Minaj also said she would not be pressured into getting the shot for the Met Gala, which reportedly required guests to be vaccinated.

She later clarified this was not the reason she did not go to the annual event – saying she did not want to travel because of her son.

While in one of her tweets, she said it is likely she will be vaccinated at some point, and she would recommend it for anyone who needs it for work, in another post she claimed that her cousin’s friend suffered swollen testicles and became impotent after getting the jab.

The Hypnotoad, a Mercedes and those postgame videos: 12 stories to explain TCU’s 12-0 season
Ukraine War: Why is the Wagner group fighting for Bakhmut?
Buyers struggling to afford homes after mini-budget despite prices falling
PM faces first test at ballot box as Chester voters prepare to have their say
Ruling party will be watching as unprecedented protests break out in China, but so too will the world