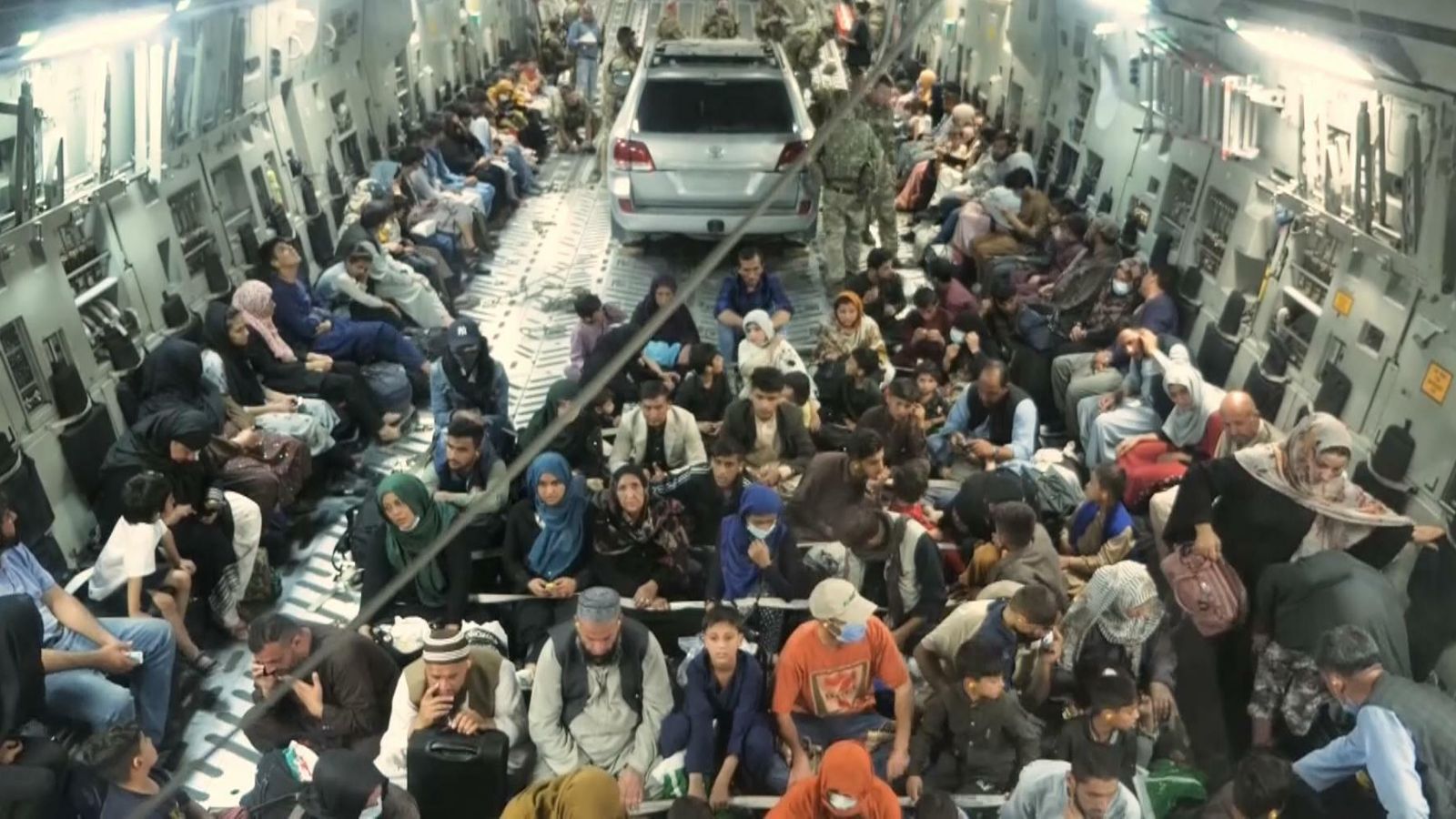 The Ministry of Defence has launched an investigation into a data breach involving the details of 250 Afghan interpreters.

It is not yet clear if the interpreters concerned are in the UK or Afghanistan after dozens were left behind following the withdrawal of UK troops from Afghanistan last month after the Taliban took the country.

An MoD spokeswoman told Sky News 250 email addresses are part of the breach but it is not yet known if they contain the names or photos of the translators involved.

The breach was carried out by the Afghan Relocations Assistance Policy (ARAP) team, which is led by the Home Office and MoD.

The MoD spokeswoman said: “An investigation has been launched into a data breach of information from the Afghan Relocations Assistance Policy team.

“We apologise to everyone impacted by this breach and are working hard to ensure it does not happen again.

“The Ministry of Defence takes its information and data handling responsibilities very seriously.”

It is understood those impacted by the breach have been told and are being offered help in managing any potential risks.

Official Home Office figures show more than 8,500 former Afghan staff and their families, as well as Afghans who could be under threat from the Taliban, were evacuated to the UK during the August evacuation operation under the Afghan Relocations and Assistance Policy (ARAP).

The government has admitted there is uncertainty over the number of British and Afghan nationals still in Afghanistan who are eligible for repatriation or relocation to the UK.

It said it is in talks with the Taliban to secure safe passage out of Afghanistan for them.

He tweeted: “The truth on how we have treated our Afghan interpreters will come out.

“All the back slapping over Operation Pitting masks a criminally negligent performance by the Ministry of Defence and the Home Office on doing our duty to these people.

“I reiterate, the vast majority have been left behind, probably moving house again tonight.”

The truth on how we have treated our Afghan interpreters will out. All the back slapping over PITTING masks a criminally negligent performance by the MoD/HO on doing our duty to these people. I reiterate – vast majority have been left behind, probably moving house again tonight. https://t.co/DNTyBIXN5t

John Healey, Labour’s shadow defence secretary, said: “We told these Afghans interpreters we would keep them safe, instead this breach has needlessly put lives at risk.

“The priority now is to urgently step up efforts to get these Afghans safely to the UK.

“This is the second major data breach from the MoD this year, after sensitive documents were discovered at a bus stop in Kent in June. Clearly, the defence secretary needs to get his house in order.”

“It is deeply unworthy of the standards all of us had thought defined British honour,” he said.

“Ministers must see to it that whoever in government oversaw this horrific blunder is no longer in a position of responsibility. All decent people will expect no less.”

Dominic Raab was ousted as foreign secretary in last week’s cabinet reshuffle following criticism of him being on holiday as the Taliban captured Kabul.

He was replaced by Liz Truss, who is currently in New York with Prime Minister Boris Johnson for a UN General Assembly meeting.