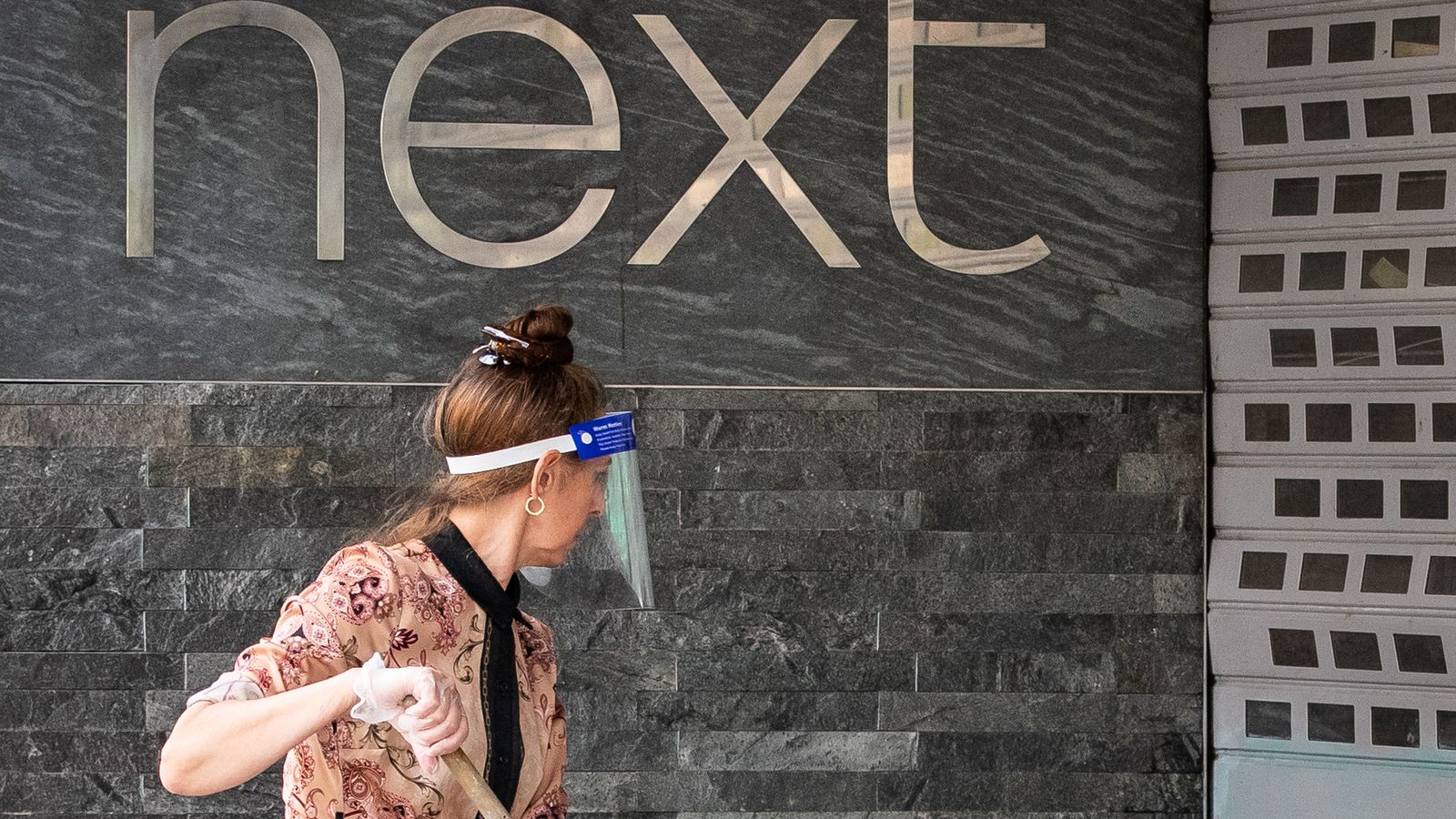 Retailer Next has called for the government to take a “more decisive” approach as it warned a lack of foreign workers could hamper Christmas shopping deliveries.

The business, led by Conservative peer Lord Wolfson, suggested that after the “widely predicted” HGV driver shortage crisis it should act to avert further looming problems in areas such as warehouses, restaurants, hotels and care homes.

Next also revealed that supply chain strains had taken their toll on sales while higher shipping costs were pushing up prices.

Despite the challenges, the retailer reported pre-tax profits of £347m for the six months to 31 July, 5.9% up on pre-pandemic levels, as full-price sales climbed by 8.8% – and also bumped up its expectations for full-year earnings.

But looking ahead to its peak trading season ahead of Christmas, it said it was concerned about recruitment in warehouse and logistics.

Unless immigration rules were relaxed, the retailer said, it was “likely to experience some degradation” in service in the run-up to Christmas.

“Without the contribution of overseas workers to assist with these peaks, we suspect customer deliveries may take longer to arrive as we go into the peak trading season,” Next said.

The retailer added: “The HGV crisis was foreseen, and widely predicted for many months.

“For the sake of the wider UK economy, we hope that the government will take a more decisive approach to the looming skills crisis in warehouses, restaurants, hotels, care homes, and many seasonal industries,” it said.

“A demand led approach to ensuring the country has the skills it needs is now vital.”

Meanwhile, Next added that stock levels were “far from optimal ” – currently 12% down on 2019 levels – and this had “noticeably affected sales in some categories and in stores”.

It also said that price inflation of 2% – “more than we would like” – was being caused by higher shipping costs and looked set to accelerate to 2.5% in the first half of 2022.

Next’s results showed 52% growth in online sales on 2019 levels while in stores – affected by lockdowns – they were 38% lower.

It saw a boost from pent-up demand when shops reopened in April as well as warm weather in June, adding that sales more recently had been lifted by consumers taking their holidays in the UK.

That has prompted it to lift its sales growth guidance for the year as a whole to 10% and take its profit outlook to £800m, £36m more than previously guided.