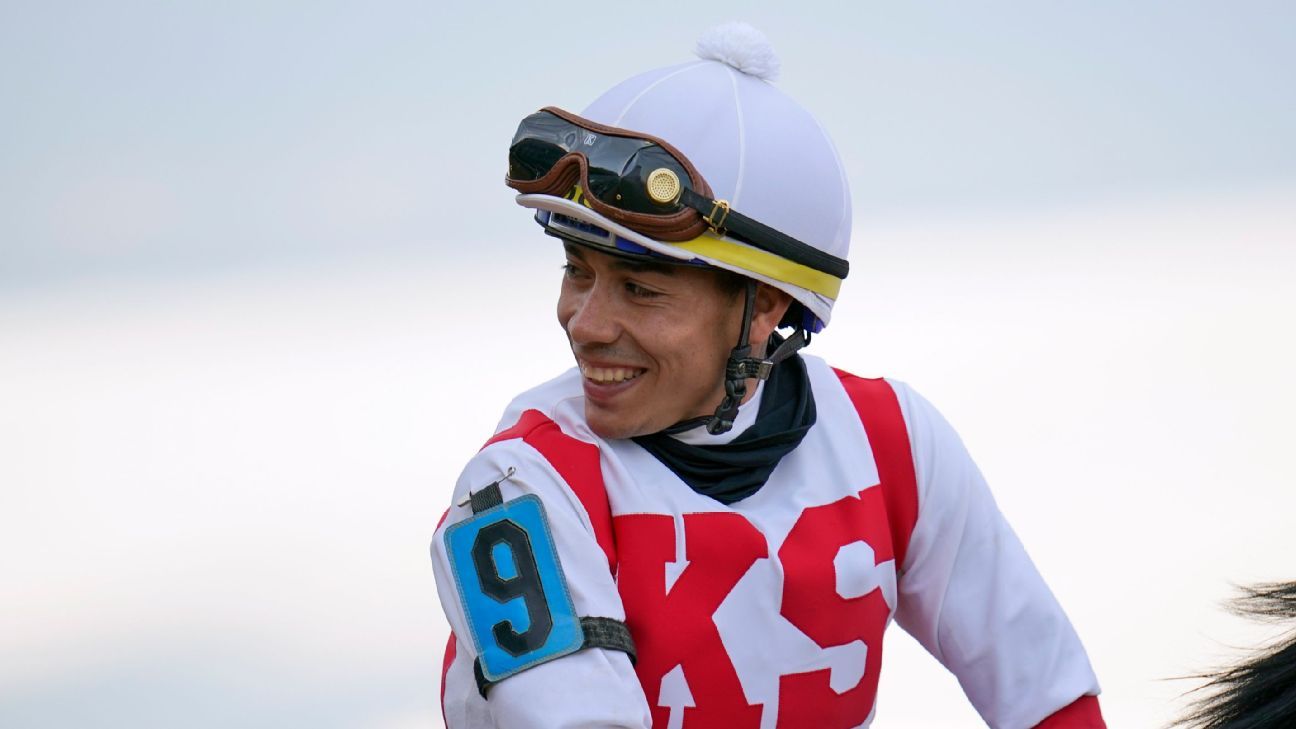 The 29-year-old jockey from Puerto Rico rode Saratoga Kisses to an 8 1/4-length victory for trainer and co-owner Rudy Rodriguez.

Ortiz is 15th on the career earnings list, totaling over $220 million in purses since his career began in 2011. According to racing database Equibase, Ortiz’s total wins include 92 from Puerto Rico.

He has won three consecutive Eclipse Awards as the nation’s top jockey, having led all North American riders in wins and earnings every year since 2017.

“I’m very competitive,” Ortiz said. “I love what I do. I come here and try to ride every race, every single day because that’s what I love.”

He earned his lone victory in a Triple Crown race aboard Creator in the 2016 Belmont Stakes.

Prince Harry reveals how he and Meghan met
Ask the Union Leaders: Business owners set to suffer as Royal Mail ‘will destroy the service’
PM seeks ‘constructive’ approach with time running out to avoid bleak winter of strikes
Health secretary insists there’s a ‘good supply’ of penicillin after pharmacy director warns ‘there are no drugs’
Fans on who could win Wales v England