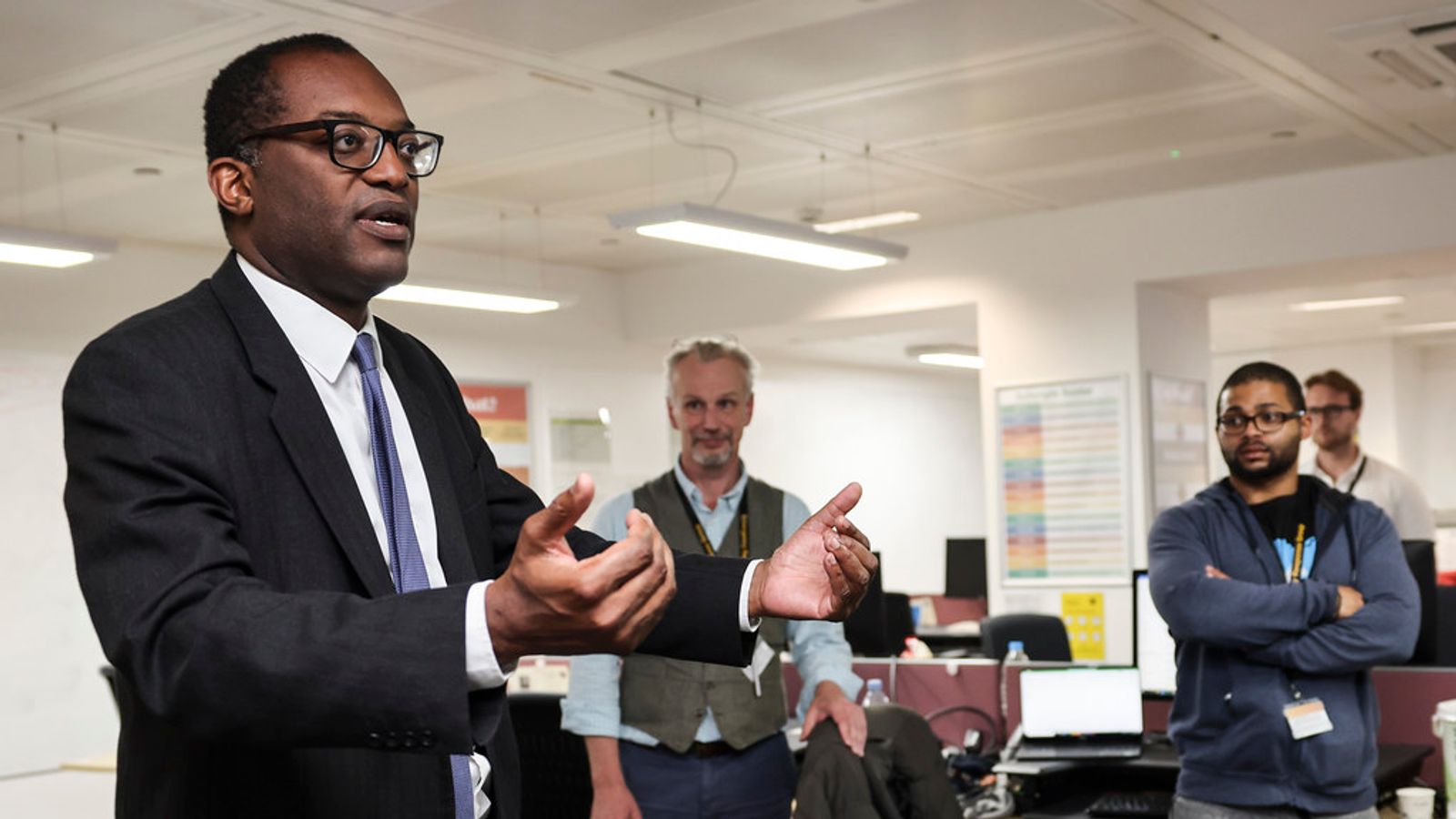 As energy companies fold and businesses cry out for government help over rising gas prices, there is an altogether different row going on inside Whitehall.

In an unprecedented public slap down today, Kwasi Kwarteng, the business secretary, was accused of lying on TV, before the same Treasury source revealed the meetings he said he was having over how to sort out the looming industry crisis weren’t happening at all.

This isn’t just embarrassing for the cabinet minister, it reveals a dispute over how to deal with the calls from business that have been splashed across front pages and news bulletins for the last few weeks.

Chancellor Rishi Sunak made clear at the Conservative Party conference that quite enough public money has been spent, now is the time for belt-tightening and grinning through a tough few months.

There is a sense within the Treasury that some industry leaders hear Number 11 is involved in talks and smell an open chequebook, before ramping up their calls for extra cash.

It is little wonder they came down so hard on Mr Kwarteng today.

The business secretary, though, is the man who has to sit around the table with these same industry leaders and listen to their dire warnings about factory closures and shortages on the shelves, so it’s not hard to see why he might be pushing for more to be done.

The real issue is that nobody seems to know what that something ought to be.

There is no appetite for bailouts from either the business secretary or the Treasury – this was done recently and in very limited and specific circumstances, not to be repeated.

An energy price cap for small businesses seems to be almost off the table, but alternative options would all need millions if not billions of extra taxpayer money, not something the government wants to have to do.

Couple this with the fact that COP26 looms just around the corner, and ministers are even less keen to be subsidising gas at a time when they want to be seen to hike levies on it to discourage its use.

As with everything, there is likely to be a middle way, but it’s clear the business secretary hasn’t yet defined what that looks like to his Treasury colleagues who ultimately have to pay the bill.

A source in the business department says more meetings will happen this coming week to work out what industry needs and what ministers can do to help.

After that, it’ll be down to both Mr Kwarteng and Mr Sunak to work out a way forward between them.

Six of the best bits you might have missed at Glastonbury
Fierce local battles over power lines are a bottleneck for clean energy
How much money do gas tax holidays actually save drivers? What we know, based on 3 states that put temporary suspensions in place
UFO: Pentagon releases three leaked videos – is the truth finally out there?
London Underground workers vote to strike again in coming months