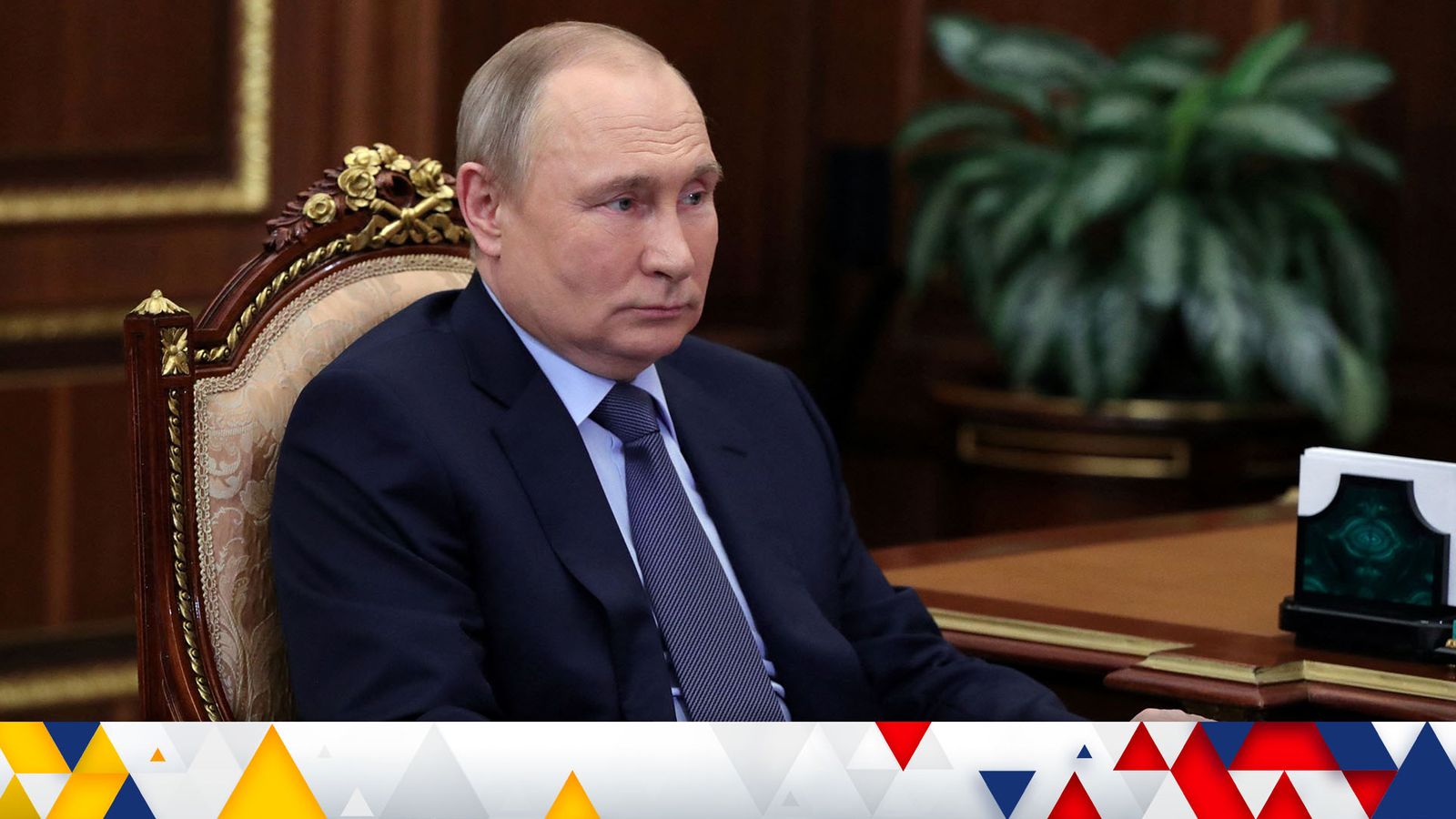 US President Joe Biden says he fears Vladimir Putin does not have a way out of the Ukraine war.

Speaking in Washington DC on Monday, Biden described the Russian president as “a very calculating man” but without an exit strategy and admitted “I’m trying to figure out what we do about that”.

He said Putin had mistakenly believed the invasion of Ukraine would break up NATO and the European Union.

But he said that instead, the United States and many European countries had in fact rallied to Ukraine’s side and become more unified.

Putin has long bristled at what he perceives as NATO’s creep eastward into former Soviet republics. Ukraine and its Western allies have steadfastly denied the country posed any threat.

President Biden’s upbeat comments about European unity, however, came as French leader Emmanuel Macron issued a stark warning to Ukraine over its hopes to join the EU.

During a speech marking Europe Day in Strasbourg, France, President Macron said he feared the process would take “decades”.

He said: “We all know perfectly that the process of allowing (Ukraine) to join would take several years, in fact probably several decades.”

Vladimir Putin’s Victory Day address to his nation surprised some

The European Union’s executive arm, the European Commission, said it aims to deliver a first opinion in June on Ukraine’s request to become a member of the bloc.

But once candidate status is granted, the process of EU membership usually takes years and any single member-state can veto not only any final accession deal, but also the opening and closing of individual negotiation chapters.

Meanwhile on the battlefield, intense fighting has raged in Ukraine’s vital Black Sea port of Odesa while Russian forces sought to finish off the Ukrainian defenders making their last stand at a steel plant in Mariupol.

The Ukrainian military said Russian forces fired seven missiles from the air at Odesa on Monday night, hitting a shopping centre and a warehouse.

One person was killed and five were wounded, they said.

Photos on the post showed what appeared to be the warehouse engulfed in flames.

Eyewitness: The aid team that won’t stop delivering supplies near the frontline as Putin’s bombs rain down

In his nightly video address to his nation, he said that for the first time since the Second World War there was now “no regular movement of the merchant fleet, there is no routine port work.

“And this is a blow not only to Ukraine. Without our agricultural exports, dozens of countries in different parts of
the world are already on the brink of food shortages.

“And over time, the situation can become, frankly, frightening.”

“Russia has not won this war. It’s starting to lose it.”

He said that unless Russia has a major breakthrough, “the balance of advantages will shift steadily in favour of Ukraine, especially as Ukraine gets access to growing volumes of increasingly sophisticated Western military equipment.”

Despite Russia’s crackdown on dissent back home, anti-war sentiment seeped through on Monday as dozens of protesters were detained around the country on Victory Day, and editors at a pro-Kremlin media outlet revolted by briefly publishing a few dozen stories criticising Putin and the invasion.

Starz could turn into an ‘acquisition machine’ after Lionsgate spins it off
Who were the surprise standouts from offseason NFL workouts? Here’s a pick for all 32 teams
Kendrick Lamar makes blood-soaked plea for women’s rights at Glastonbury in attack on abortion ruling
Zelenskyy to urge G7 to do more to help war effort as Johnson to demand action on Ukrainian grain
Six of the best bits you might have missed at Glastonbury