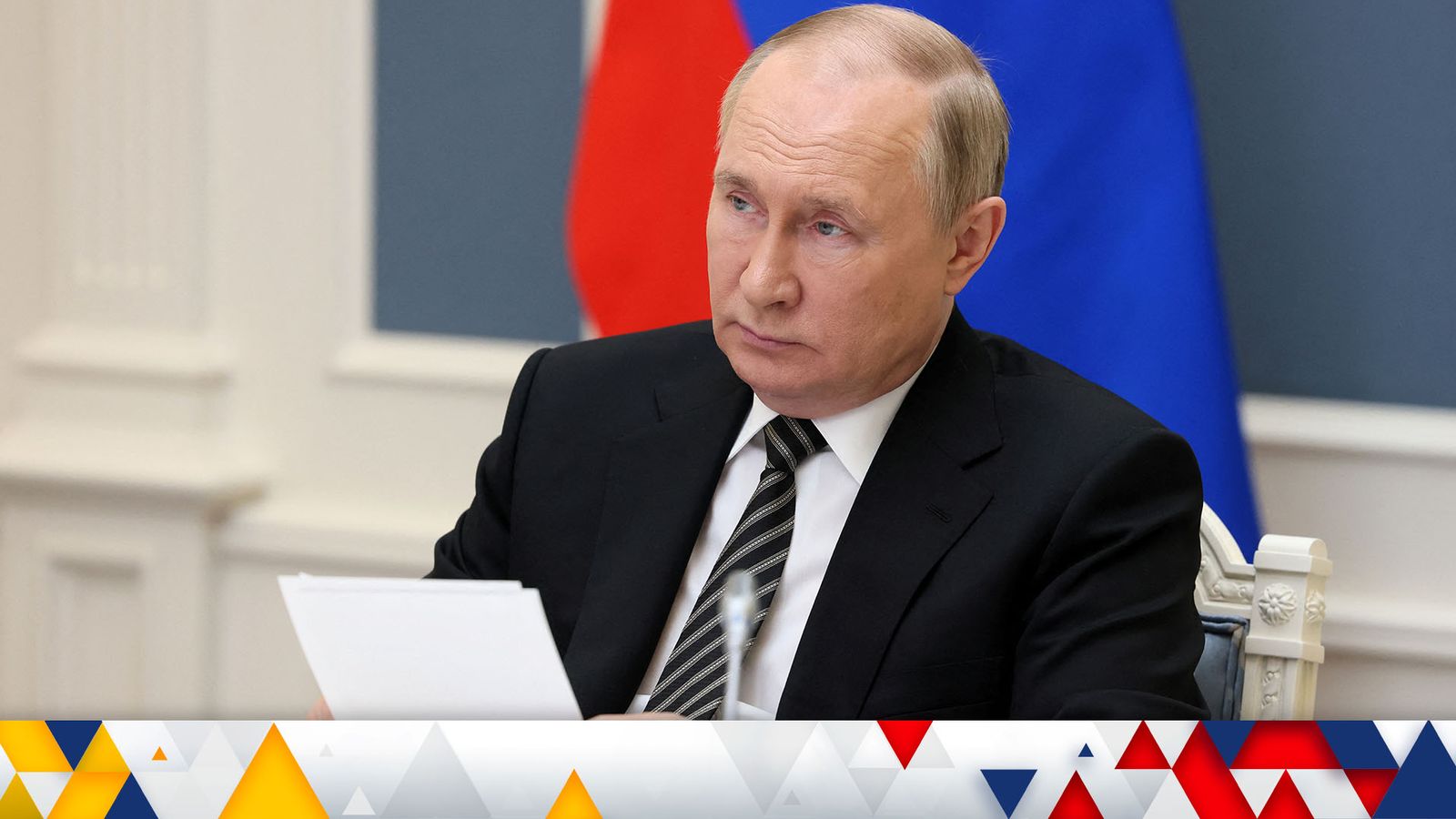 Rumours constantly circulate about Vladimir Putin’s health – but is there anything to back up the claims?

During a live session of questions and answers on Sky News with defence and security analyst, Professor Michael Clarke, one viewer asked: Is Putin really ill or is it just wishful thinking?

“When you see him in these clips that we’re seeing increasingly frequently now that COVID is over and he’s now coming out of the shadows, where he’s been for over two years, and he’s making it clear that he’s in control – he looks alright.

He said there is “no convincing evidence”.

Russia’s foreign minister, Sergei Lavrov, denied there were any concerns over Mr Putin’s health when he was interviewed on French television at the end of May.

He said “you can watch him on screens, read and listen to his performances” and “I don’t think that sane people can see signs of some kind of illness or poor health”.

Rumours about his health are sparked by observers who have speculated about how Mr Putin has looked during meetings, including whether he is gripping the table in pain – or that he has a puffy face which could show evidence of steroid use.

‘I suspect that he’s only a hypochondriac’

Mr Clarke said: “On 7 October he will be 70. He is known to hit the Botox quite heavily, I always say that he’s trying to embalm himself while he’s still alive – he does take a lot of Botox.

“He moves around with doctors, there’s known to be a little team of doctors who are never far away, and it’s said that he leaves meetings at frequent intervals to go and consult with somebody.

“I suspect that he’s only a hypochondriac, to be honest.”

Read more:
Why Russia’s leader is so fixated on taking Ukraine

What if the Russian leader does become ill?

“If he is ill, or becomes ill, that would be one way out for Russia to say that the president has stepped down and the war will now be prosecuted by Nikolai Patrushev – who’s every bit as nasty as he is,” said Mr Clarke.

“At least it would be a change of face which the West might then be able to do something with, but that’s just a side possibility, really.”

Tory MP accused of ‘drunken groping’ suspended by party
Kyiv targeted by Russia in ‘symbolic’ attack before NATO summit as one killed and several injured in missile strikes
Dyslexic People, Skilled at Exploring, Helped in Evolution That Led to Human Survival: Study
Mississippi’s last abortion clinic faces rush of women trying to beat deadlines of biology and of law
Ranking the best QB recruits in Elite 11 history, from Justin Fields to Caleb Williams