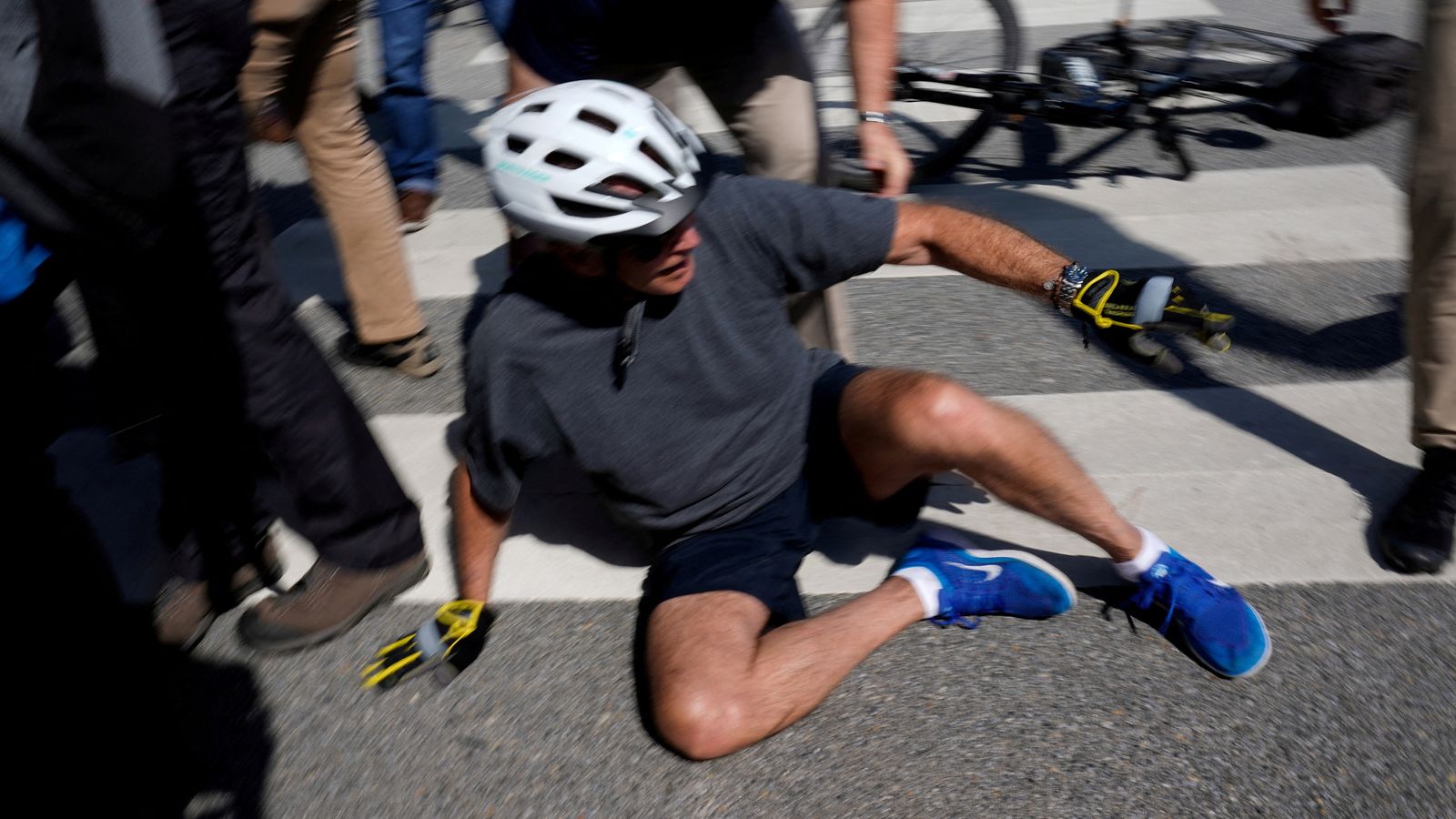 US President Joe Biden has fallen off his bike in Delaware as he celebrated his 45th wedding anniversary on a weekend away with wife Jill.

He took a tumble when he tried to get off his bike at the end of a ride on Saturday at Cape Henlopen State Park near his beach home in the US state, but insisted he was not hurt.

“I’m good,” he told reporters after US Secret Service Agents quickly helped him up.

“I got my foot caught in the toe cages.”

The 79-year-old leader and first lady Jill Biden were finishing a morning ride when the president decided to pedal over to a crowd of well-wishers standing by the bike trail.

But he fell to the ground when trying to dismount, which was met with gasps by shocked onlookers.

Several security agents rushed to his aid after the fall, which took place on a trail at Gordons Pond.

The president quickly collected himself and spent several minutes chatting with people who had gathered to watch him cycle.

Earlier, he had breezed past members of the press after setting off – unaccompanied by the first lady – and said “Good morning!” with a wave.

He and Jill have been spending a long weekend at their Rehoboth Beach home after marking their 45th wedding anniversary on Friday.

The couple are understood to be keen cyclists and often go for rides around Delaware.

Following the tumble, he spoke to members of the public as well as the press.

He told reporters he would be talking to the Chinese leader X-Jinping soon.

When asked about trade tariffs, Mr Biden responded: “I’m in the process of making up my mind.”

Back in March, Mr Biden fell up a flight of stairs as he boarded his presidential plane Air Force One.

The US president, 78, stumbled three times as he climbed the steps of the aircraft at Joint Base Andrews in Maryland.

Sugababes on change in the industry, regaining control and going back on tour
CNN reporter presses GOP senator over texts about fake electors
Texas school where 19 pupils and two teachers were shot dead is to be demolished
Kaliningrad exclave has become the catalyst for a simmering diplomatic showdown
Artificial Photosynthesis Developed to Help Make Food Production More Energy-Efficient