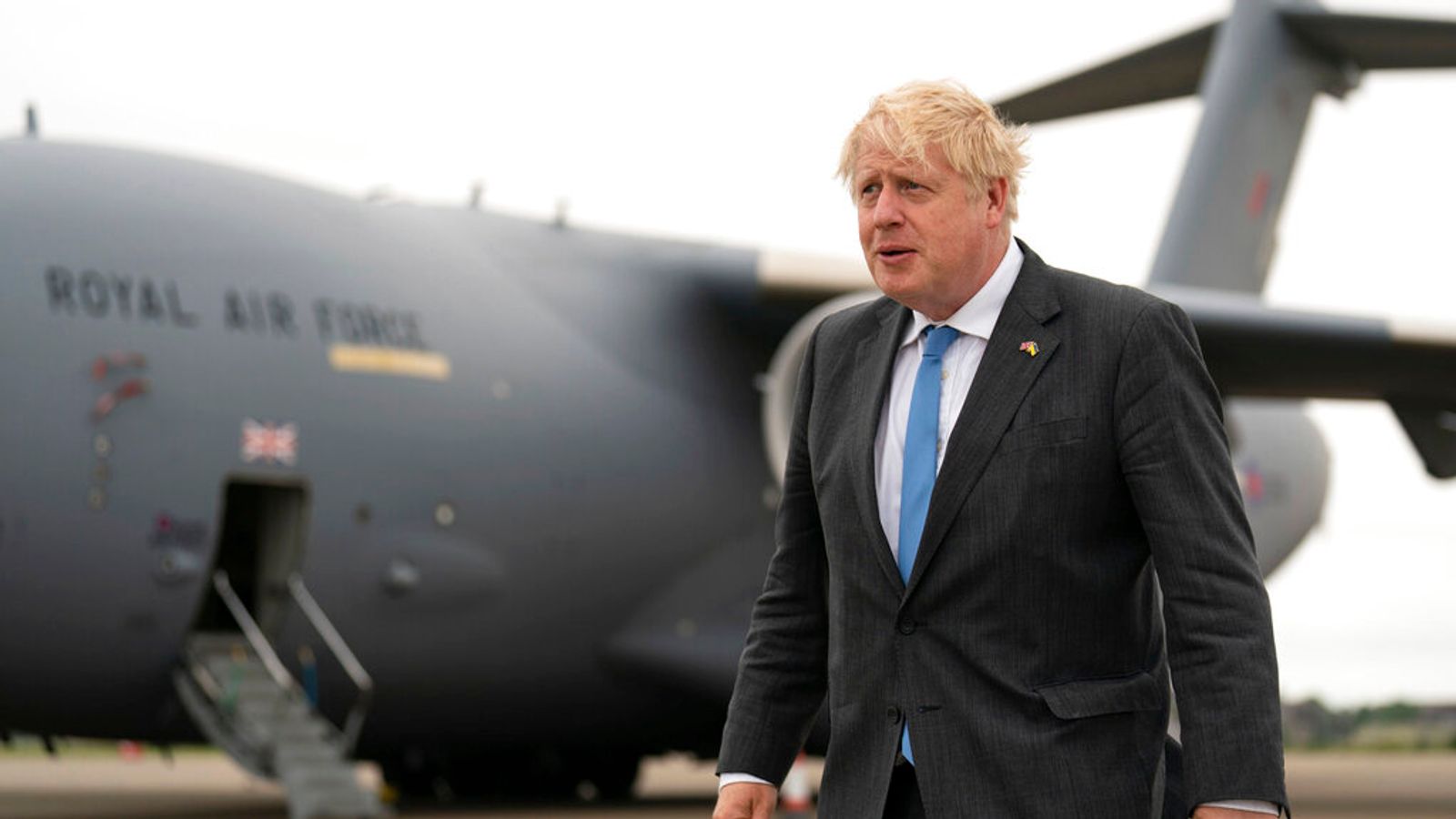 Prime Minister Boris Johnson has warned the world against letting “Ukraine-fatigue” set in as he returned from a surprise visit to the war-torn country.

Mr Johnson had pulled out of a planned appearance at conference of northern Tories on Friday in order to meet Ukrainian President Volodymyr Zelenskyy.

Asked if he had timed the visit to dodge a frosty reception from red wall MPs following the partygate scandal, he said it was important to show support for Ukraine at a “particularly critical time”.

Speaking to reporters at RAF Brize Norton upon his return, Mr Johnson said it was important to demonstrate the UK’s support at a time when the Ukrainians were “suffering terribly” in the face of the ongoing Russian offensive in the Donbas.

“The worry that we have is that a bit of Ukraine-fatigue is starting to set in around the world,” he said.

It is important we show “we are with them for the long haul” and provide the “strategic resilience that they need,” he said.

He warned it would be a “catastrophe” if Russian President Vladimir Putin won the war.

In his talks with President Zelenskyy, Mr Johnson said Britain would be prepared to train tens of thousands of Ukrainian troops as they continue to fight back against the Russians.

He said Ukrainians deserved help to regain territory but stopped short of calling for the recovery of all the lands Ukraine had lost since 2014, including Crimea.

The PM said that it was important to prevent the Russians from “freezing” the conflict in order to consolidate their gains before mounting another attack.

“We’ve got to make it clear that we are supporting the Ukrainians in their ambitions… to expel the Russians, expel Putin’s armies, from everything that he has obtained since February 24, and make sure the Ukrainians are not encouraged to go for a bad peace, something that simply wouldn’t endure.”

Plagued by challenges at home, Mr Johnson enjoyed a warm reception in Ukraine.

Television footage following Mr Zelenskyy as he showed the prime minister the wreckage of burned out Russian tanks and other vehicles on display in Kyiv’s St Michaels’ Square.

The Tories are widely expected to lose a crucial by-election in Wakefield in West Yorkshire on Thursday.

On Wednesday his ethics adviser, Christopher Geidt, resigned, saying he “could not be party to advising on potential law breaking”.

Some hoped that the PM’s attendance at the inaugural Northern Research Group (NRG) conference in Doncaster would be an opportunity for him to mend relations with red wall MPs after only narrowly surviving a recent confidence vote.

Sky News’ deputy political editor Sam Coates said organisers of the inaugural meeting were “mystified” at the no-show in Doncaster, but had been told there was a “good reason” and that it was of “sufficient significance”.