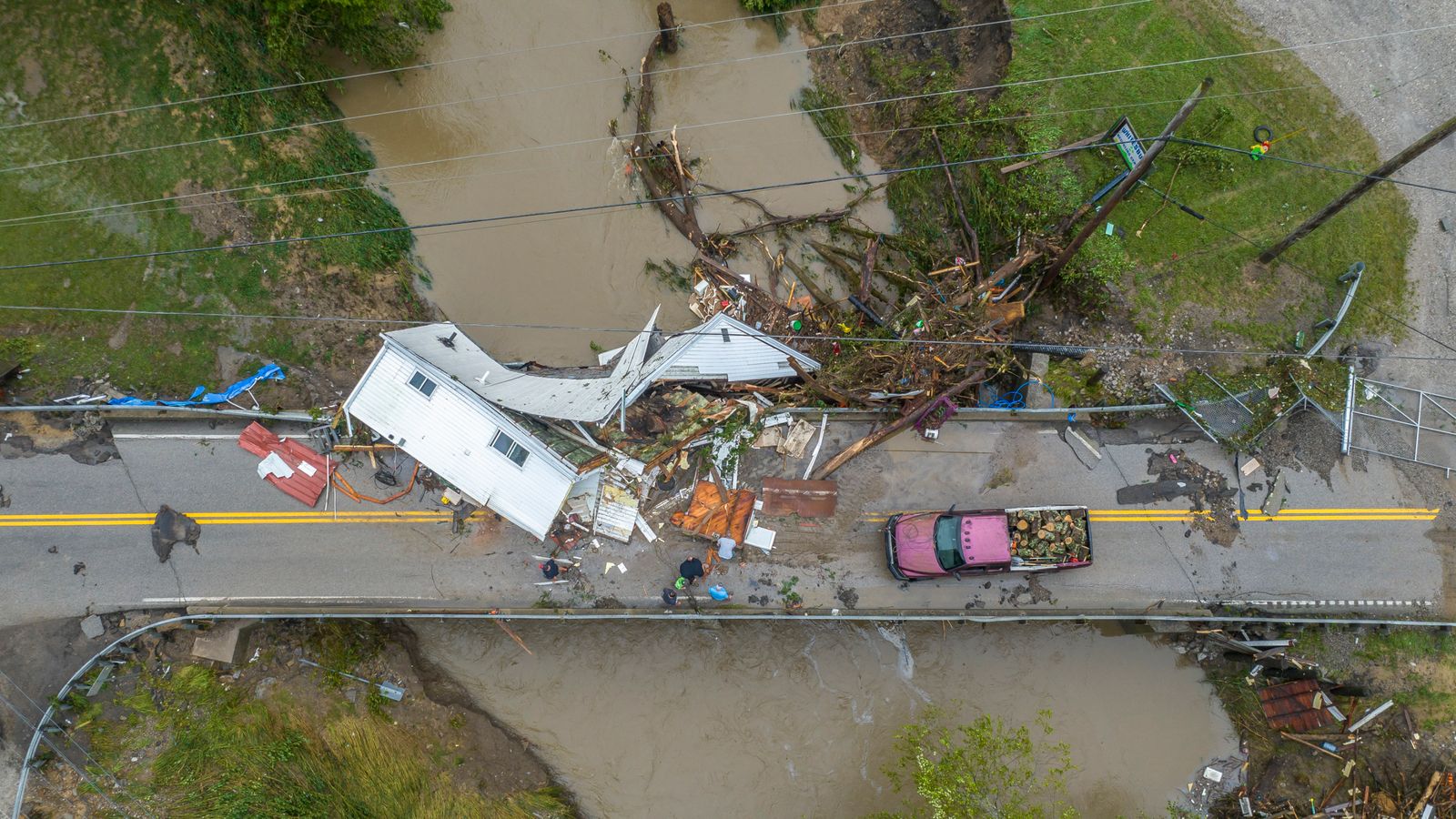 In this rural part of Kentucky, it’s easy to see how so much rain in such a short time could be so devastating.

The topography is perfect for flash floods. Steep hillsides, narrow valleys. And some of America’s poorest communities living in this stunning part of the central United States.

From the air, Kentucky’s governor, Andy Beshear absorbed the damage below – he looked down at one community of many where they will have to start again, if they survived.

The number known not to have made it continues to rise – victims of flash floods which swamped these small Appalachian towns in minutes. And from everyone, the same reaction: they have never seen anything like this before.

The rain had fallen through the night.

So much, so fast, that there was little or no time to escape.

Entire homes, not built to withstand anything like this, were lifted and moved.

“I’ve been a fireman almost 27 years and this is the worst I’ve ever seen. People unaccounted for, probably 95% of the people in this area here’s lost everything. Houses, cars, animals. It’s heart-breaking. It really is.” 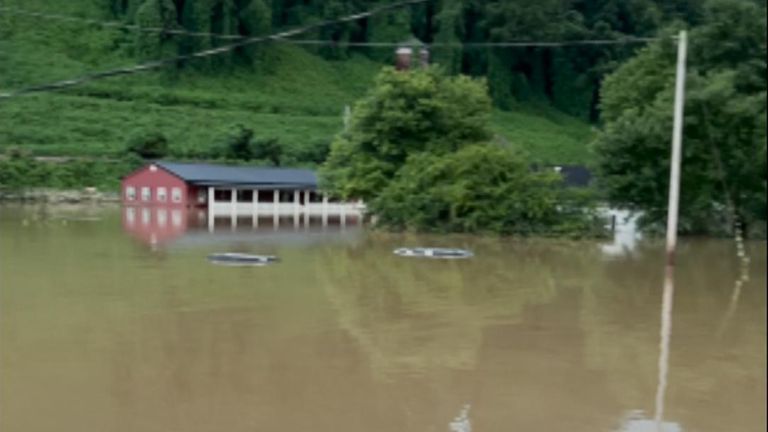 Scores have been airlifted from homes cut off. And it’s not just floods, but mudslides too. Hundreds of homes have been destroyed.

It is another unprecedented. catastrophic weather event. Again, whole communities have been wiped out. And its feared entire families too.

“We had to swim out. And it was cold, it was over my head, so, it was scary,” local resident Rachel Patton said.

Roads have been washed away, power lines are down, water supply is off and the mobile signal, in places, has been cut. All of it makes the rescue effort that much harder.

President Biden has now declared this a major disaster, unlocking federal funding and personnel. It is only seven months since he did the same for the same state after tornadoes ripped across this place.

For now, the focus is on rescuing, they hope more will be found alive, but the number of dead may double. And more rain is expected on Sunday.