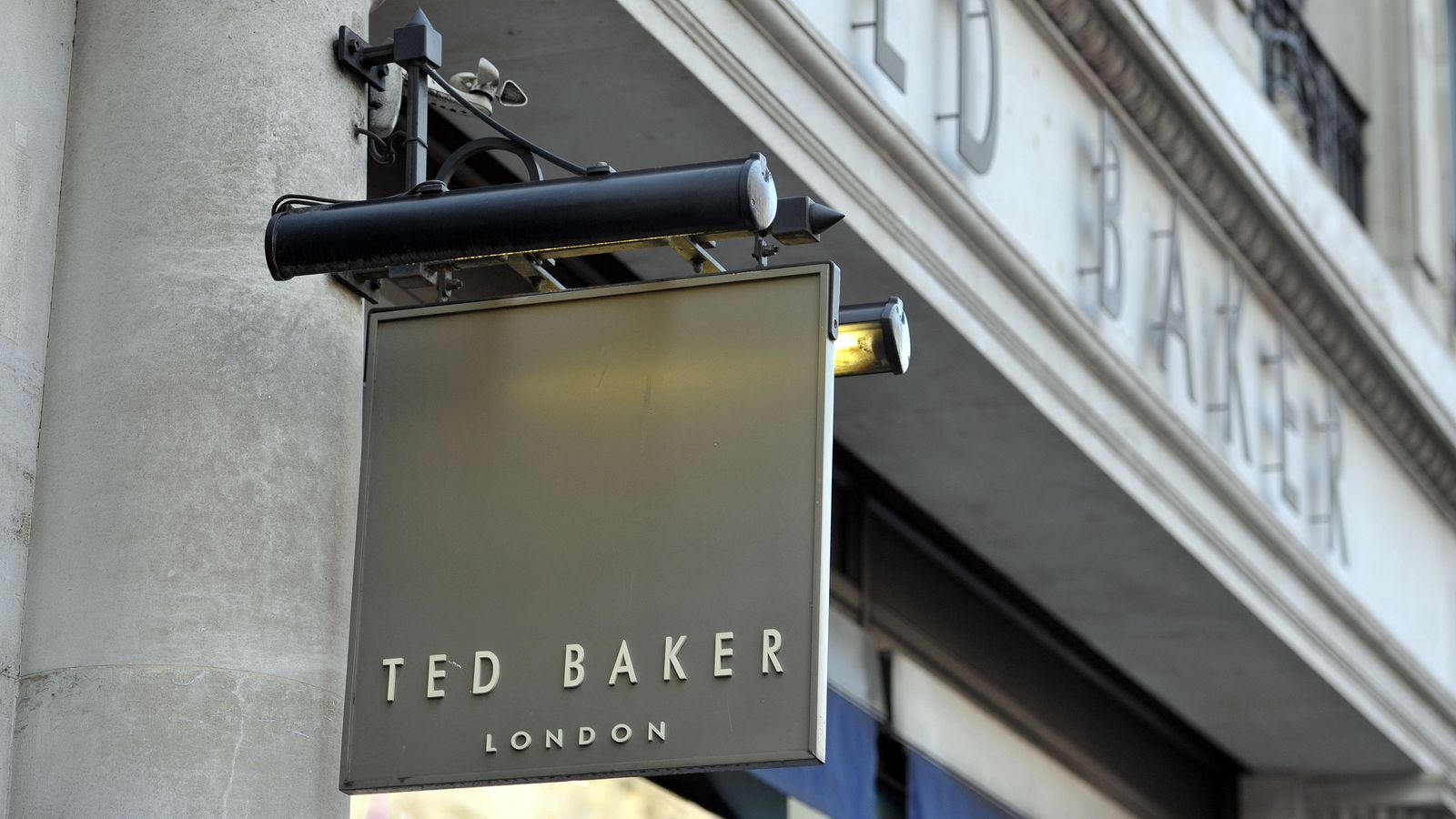 The American consumer goods group which owns Reebok and an interest in David Beckham’s branded products portfolio is close to unveiling a cut-price £200m takeover of Ted Baker, the London-listed fashion retailer.

Sky News has learnt that the board of Ted Baker is preparing to recommend a 110p-a-share offer from Authentic Brands Group (ABG), run by the prominent businessman Jamie Salter.

Sources close to the retailer said an announcement about a deal could come as early as Tuesday morning.

If confirmed, the proposal from ABG would be almost a third lower than the roughly 160p-a-share price that it was preparing to offer as recently as May.

Nevertheless it would represent a roughly-20% premium to Ted Baker’s closing share price on Monday of 93.1p, with the stock having rallied from just over 69p in early July.

The reduced price that ABG appears to be willing to pay for one of Britain’s best-known retailers reflects the darkening sentiment towards high street brands in a UK economy being hammered by inflation amid fears of an impending recession.

According to a stock exchange announcement made by Ted Baker in early June, “a preferred counterparty” which had been invited to undertake confirmatory due diligence had notified it that it no longer intended to proceed with an offer.

The preferred bidder was ABG, Sky News had previously reported.

Because Ted Baker is running a formal sale process, Takeover Panel rules prohibiting an offeror from returning with a fresh bid within six months do not apply.

ABG is said to be attracted to Ted Baker’s international potential as well as possible synergies from the US-based company’s portfolio of brands, which also includes Sports Illustrated magazine, Juicy Couture, and brands associated with Muhammad Ali and Shaquille O’Neal, the boxing and basketball legends respectively.

The American company has been valued at nearly $13bn following the sale of “significant equity stakes” to CVC Capital Partners, the Six Nations Rugby shareholder, and HPS Investment Partners.

ABG’s valuation has soared in recent years, after reportedly selling a controlling stake in August 2019 to a division of BlackRock, the world’s biggest asset manager, for $870m.

Its other shareholders include the buyout firms General Atlantic and Lion Capital, and GIC, the Singaporean state investment fund.

Last year, it teamed up with JD Sports Fashion to buy TopShop from the ruins of Sir Philip Green’s fashion group, Arcadia Group, but was outbid by ASOS, the online retailer.

Ted Baker was put in play by a string of takeover proposals lodged by Sycamore Partners, an American private equity firm which bowed out of the formal sale process in May.

Sycamore had lodged three takeover proposals, the first two of which valued Ted Baker at 130p-a-share and 137.5p-a-share.

Ted Baker is steadily recovering from a tumultuous period which saw its shares collapse by over 90% following the disclosure of accounting issues and the departure of its founder, Ray Kelvin.

It trades from hundreds of standalone shops and concessions globally, and employs thousands of people.

Since then it has been hit by profit warnings, accounting mishaps and was forced to address the COVID-19 pandemic from a position of financial weakness.

Mr Kelvin remains a significant shareholder in the business.

Ted Baker is being advised by banks including Evercore Partners, while ABG is said to have been advised by Bank of America on the deal.