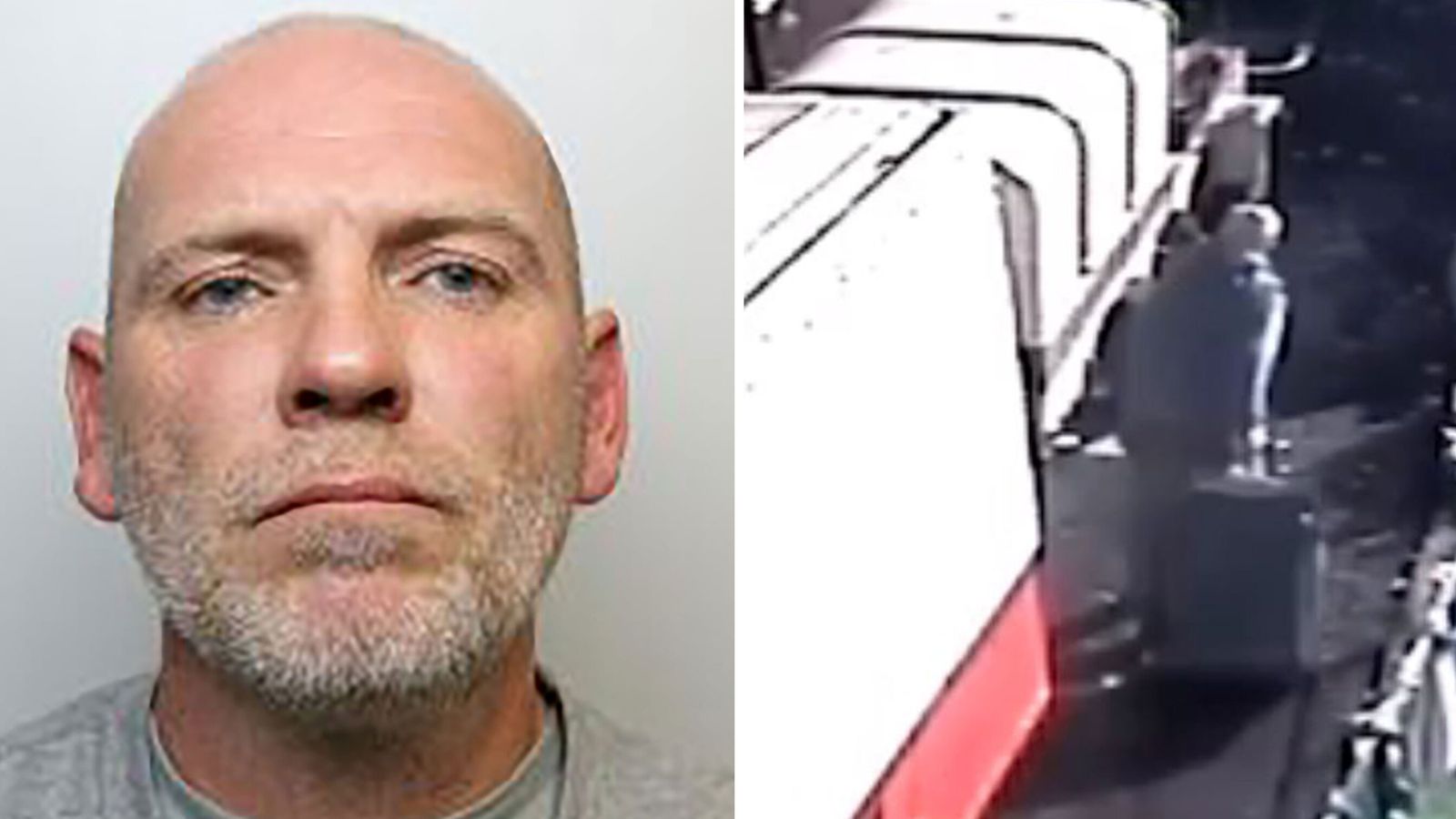 A man who killed his wife on their wedding night and stuffed her body into a suitcase has been jailed for at least 21 years.

The body of grandmother Dawn Walker, 52, was found four days after she married Thomas Nutt on 27 October last year.

Nutt, 46, was convicted of murder earlier this month and sentenced at Bradford Crown Court on Friday.

After killing Ms Walker, Nutt stored her body in a cupboard before transferring it to a suitcase and dumping it in bushes behind their home in Lightcliffe near Halifax, West Yorkshire, the court heard.

He “desecrated” her body by breaking bones to make her fit into the suitcase, Judge Jonathan Rose said.

Nutt lied to her family, blaming her disappearance on her mental health, and sent them false texts supposedly from her.

The victim’s daughter, Kiera-Lee Guest, told the court Nutt even put up Halloween decorations while her mother was lying dead.

Ms Guest added that Nutt knew what he had done as she went from place to place with a photo of her mother, asking if anyone had seen her.

An examination of Ms Walker’s body showed she had suffered significant neck injuries which indicated there had been a “forceful application of pressure to her neck”.

Nutt did not give evidence at his trial, admitting manslaughter on the basis he “did not intend” to cause serious harm to his new wife.

But Ms Walker’s sister Lisa said Nutt had manipulated his victim and isolated her from family for three years “before his ungodly hands took her away from us forever”.

Ms Walker’s eldest daughter, Codie, said the family will “have to live with (Nutt’s) actions for the rest of our lives”.

She added: “I pray he is never allowed to abuse, manipulate or take away the life of another woman.”

Sentencing, Judge Rose told Nutt: “Dawn Walker died because you are a bully, used to getting your own way with women, used to controlling and manipulating women and used to using your considerable size advantage to inflict violence on women if you considered it necessary to do so.”

Nutt rang the police on 31 October, claiming his wife had gone missing that morning from their home and appeared to mount a search.

However, prosecutor Alistair MacDonald QC said Nutt “knew perfectly well that her body was in a cupboard at the marital home” and accused Nutt of carrying out a “ghastly charade”.

The jury was shown CCTV footage of Nutt wheeling a large suitcase out the back of the house and into nearby bushes just as police officers arrived at his front door to follow up on the missing person’s report.

He then handed himself into a police station, telling officers: “We came back and she has got bipolar and is depressed, said she wanted to get divorced.

“She put me in jail before, said I had tried raping and assaulting her.

“Said she was going to do it again. She started screaming and I have hit her in the face and put my arm round her neck.”

However, the prosecution claimed Nutt went to Skegness alone and had in fact killed his wife on their wedding night – or the day after – and left her body in the house.

Senior Investigating Officer, Detective Inspector Amanda Wimbles, said: “The prosecution and police rejected Nutt’s admission of manslaughter and always believed murder was the offence he should rightly stand trial for.

“We encourage any victims of domestic abuse or coercive and controlling behaviour to come forward and report it to one of our specialist safeguarding officers, who will listen and provide the necessary support.”