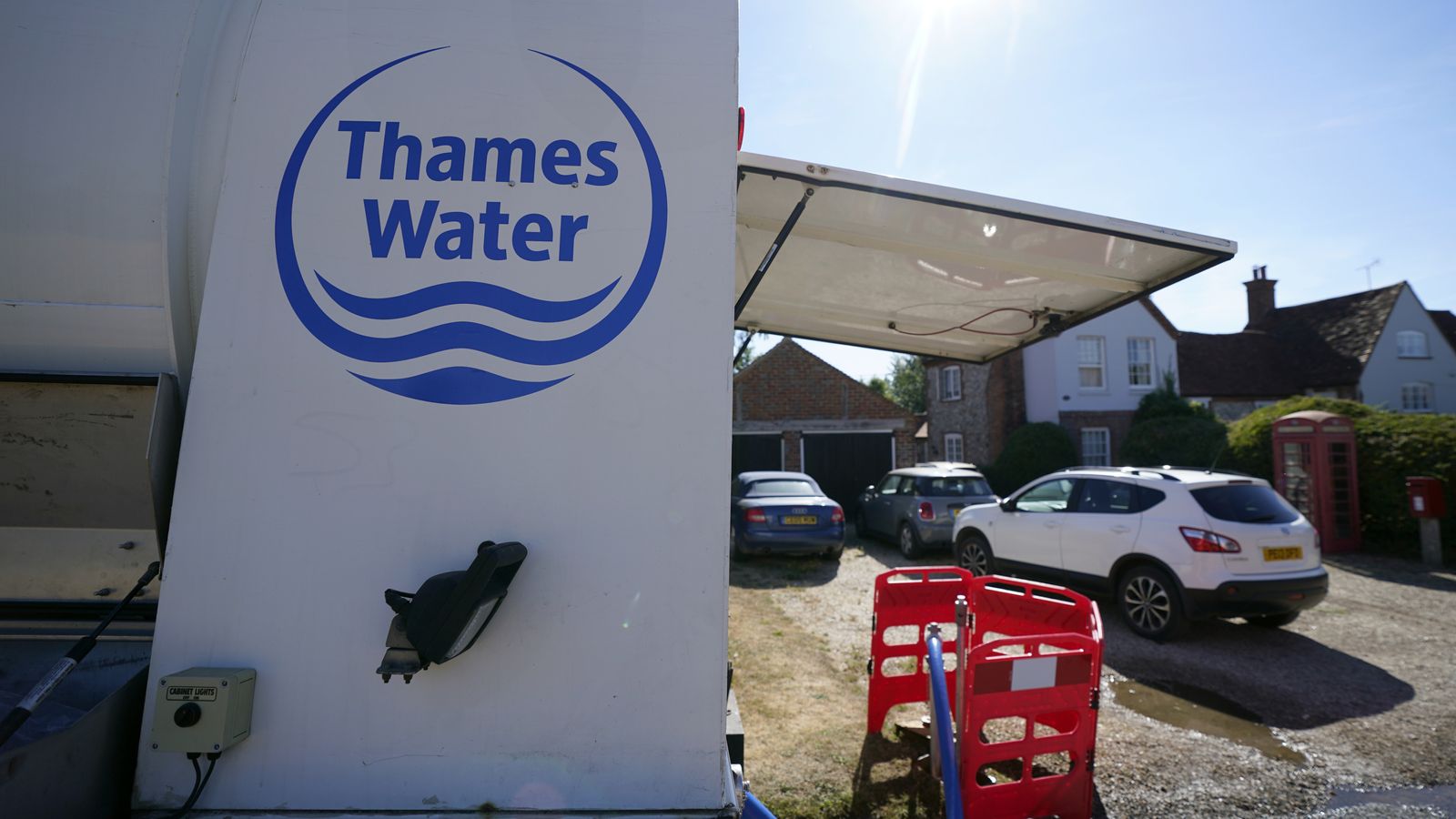 Sky News has learnt that Thames Water has begun debating whether it needs to seek new capital to deliver the transformation plan it has set out under Sarah Bentley, its relatively new chief executive.

Water industry sources said this weekend that firm plans had yet to be determined, but said that Thames Water could decide to raise hundreds of millions of pounds beyond the £1.5bn figure outlined in June.

The company, which last month introduced a hosepipe ban affecting 10m customers across southern England, has come under substantial fire for its dire performance in relation to leaks and multimillion pound executive pay packages.

“This year, we have successfully raised additional equity from our supportive shareholders and have refinanced maturing debt in order to put us in the best possible position as we continue to execute against the eight year turnaround plan that we launched in May 2021.

“As we look forward to the next regulatory period, and consider the evolving expectations of the regulator and the effects of a changing climate, we keep a range of opportunities under consideration to ensure that we can optimise delivery for customers today and over the long term.”

The £1.5bn of new equity was divided into £500m in the current financial year, followed by a further £1bn before March 2025, when the current industry regulatory period ends.

In its June statement, the company added: “Thames Water shareholders acknowledge that further shareholder support may be required to improve financial resilience.”

The additional shareholder funding formed part of a £2bn expenditure increase designed to improve the company’s performance on leaks and river health, taking its total spending during the current five-year regulatory period to £11.6bn.

Thames Water’s shareholders include China Investment Corporation, the country’s sovereign wealth fund; the Universities Superannuation Scheme, the UK’s biggest private pension fund; and Infinity Investments, a subsidiary of the Abu Dhabi Investment Authority, are said to have endorsed the plans.

Serving roughly a quarter of Britain’s population, Thames Water has seen its reputation battered by revelations about its cavalier approach to pollution and indifferent treatment of customers.

A year ago, it was fined £4m for allowing untreated sewage to escape from London sewers into a nearby river and park, while in August 2021, it was ordered to pay £11m for overcharging thousands of customers.

Ms Bentley, who joined as chief executive two years ago, has pledged to deliver better results for both customers and the environment at a time when Britain’s privatised water companies are under pressure for paying substantial dividends.

In total, tens of billions of pounds have been handed to shareholders in water utilities across Britain since privatisation, stoking public and political anger given the industry’s frequent mishaps.