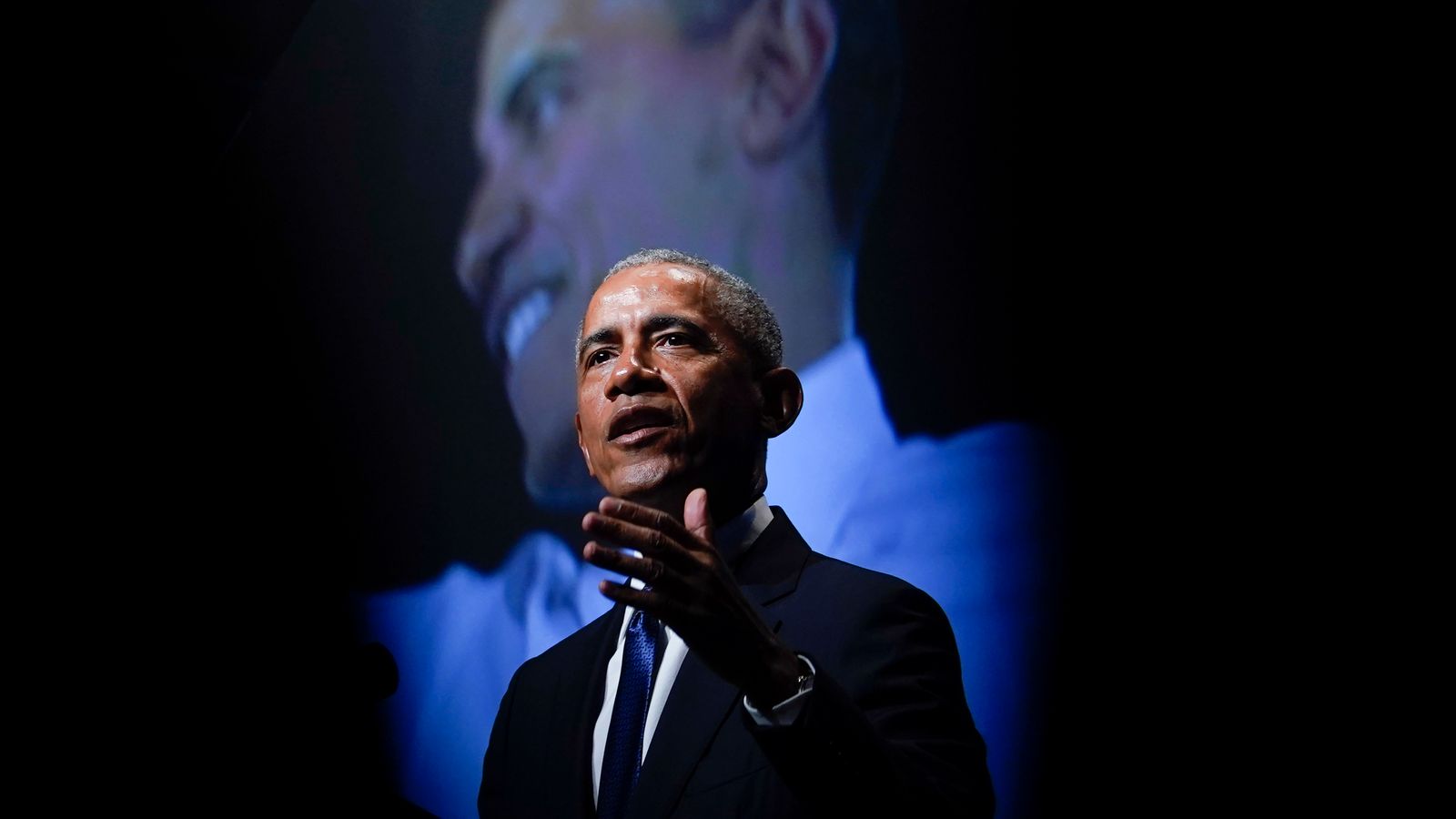 Barack Obama has won an Emmy Award in the outstanding narrator category for his work on Netflix documentary series, Our Great National Parks.

The five-part series, which features national parks from around the globe, is produced by Barack and Michelle Obama‘s production company, Higher Ground.

The couple set up the company after Barack left office in 2017, in a deal with Netflix said to be worth tens of millions of dollars.

Obama had strong competition in the category, beating Kareem Abdul-Jabbar for Black Patriots: Heroes of the Civil War, Sir David Attenborough for The Mating Game, W. Kamau Bell for We Need to Talk About Cosby and Lupita Nyong’o for Serengeti II.

The former US president already has two Grammy awards for his audiobook reading of his memoirs, The Audacity of Hope and A Promised Land.

He is now halfway to becoming an EGOT – someone with an Emmy, Grammy, Oscar and Tony award.

But he’s not the first president to bag an Emmy – with Dwight Eisenhower awarded an Emmy in 1956 for his “appreciation of television”.

Obama did not attend the awards in person.

Other stars to win an Emmy at the awards included Adele who took the outstanding variety special (pre-recorded) category for her show One Night Only and the late Chadwick Boseman for his voicing of Black Panther character T’Challa on the Disney+ series, What If…?

The Creative Arts Emmys precede the Primetime Emmys, which will take place on Monday 12 September in Los Angeles, and air on NBC.