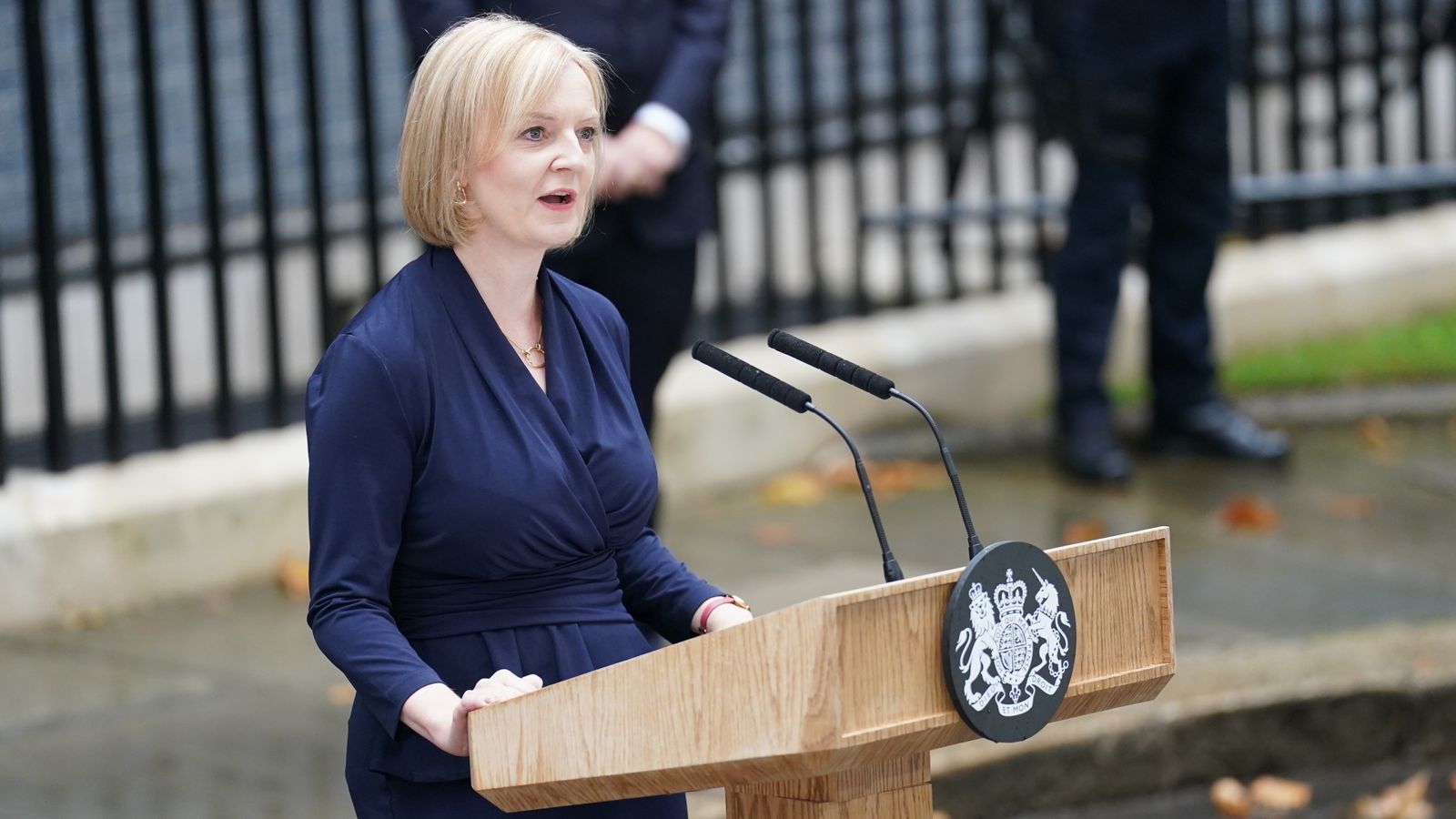 Liz Truss has said the country “can ride out the storm” of the cost of living crisis as she delivered her first address to the nation as prime minister.

Speaking outside the famous black door of Number 10, Ms Truss said: “As strong as the storm may be, I know the British people are stronger.

“Our people have shown grit, courage and determination, time and time again.”

The PM outlined her three priorities in office – growing the economy through “tax cuts and reform”, dealing “hands on” with the energy crisis, and improving access to the NHS.

She said: “We will transform Britain into an aspiration nation with high-paying jobs, safe streets and where everyone everywhere has the opportunities they deserve.

“I will take action this day and action every day to make it happen.”

Ms Truss won the race to become the next Conservative leader on Monday after beating her rival, former chancellor Rishi Sunak.

The result meant she would also replace Boris Johnson in Number 10 after he announced his departure earlier in the summer.

Both the outgoing and incoming leaders headed to Balmoral in Scotland this morning to meet the Queen, with Mr Johnson offering his resignation and the monarch asking Ms Truss to form her own government.

Now she is back in Downing Street, and her first ministerial appointments – as well as sackings – are beginning.

The now-former Deputy Prime Minister and Justice Secretary, Dominic Raab, was one of the first to reveal his exit from cabinet, saying he would be “supporting the government from the backbenches.”

He was followed by the now ex-Transport Secretary, Grant Shapps, who promised to be “a strong, independent voice” outside of cabinet, and Steve Barclay, who wished the PM and her team “every success for the future”.

In the pouring rain, it must have taken an hour for Liz Truss’s motorcade to drive the 15 miles from RAF Northolt to Downing Street, a journey that previous prime ministers have managed in half that.

Had the new PM been kidnapped by a fake motorcycle outrider? Or did the police drivers deliberately take several detours in the hope that the torrential rain in SW1 would finally stop? Almost certainly the latter.

Either way, through clever impromptu route changes to slow down her progress through west London, or just sheer good luck, the downpour was over by the time she finally made her short speech from the podium in front of the famous front door.

Whether by accident or design, there were a few references to the weather. Scribbled in her notes in the back of the car or planned all along?

She vowed to “ride out the storm” and said: “As strong as the storm may be, I now the British people are stronger.”

There was nothing flashy about the speech, predictably. Workmanlike would be the fairest description. And the content was equally predictable, too: praise for Boris Johnson at the start, help for families, tax cuts, help with energy bills and doctors’ appointments restored.

No surprises, except perhaps a Sir Winston Churchill quote – “action this day” – that her predecessor might have used. It was probably the best soundbite in the speech, which lasted less than five minutes.

No frills, either. But then we didn’t expect any. She and husband Hugh O’Leary also looked awkward as they posed for the traditional photo in front of the door. It’s the bad weather, rather than the speech, that will be remembered.

Ms Truss began her speech by paying tribute to her predecessor, saying history would see Mr Johnson as a “hugely consequential prime minister”.

But, in an appearance plagued by traffic and rain delays, she then moved on to lay out her vision for the country.

“Now is the time to tackle the issues that are holding Britain back,” she told a crowded Downing Street, full of her supporters and the British media.

“We need to build roads, homes and broadband faster. We need more investment and great jobs in every town and city across our country. We need to reduce the burden on families and help people get on in life.

“I know that we have what it takes to tackle those challenges.”

When it came to more specific policies, the PM reaffirmed her promise to “take action this week” on energy bills and said she would “make sure that people can get doctors appointments and the NHS services they need”.

And she also pledged to “stand up for freedom and democracy around the world” alongside Britain’s allies, “recognising that we can’t have security at home without having security abroad”.

Ms Truss concluded her speech calling on the public not to be “daunted by the challenges we face” and promised she was “determined to deliver”.

She added: “Our country was built by people who get things done. We have huge reserves of talent, of energy and determination.

“I am confident that together we can ride out the storm. We can rebuild our economy. And we can become the modern, brilliant Britain that I know we can be.”

After the speech, more people began to welcome Ms Truss to her new role – including the President of the United States, Joe Biden.

He said he was looking forward to “deepening the special relationship between our countries and working in close cooperation on global challenges, including continued support for Ukraine as it defends itself against Russian aggression”.

Reports also suggest the two world leaders will speak over the phone later this evening.