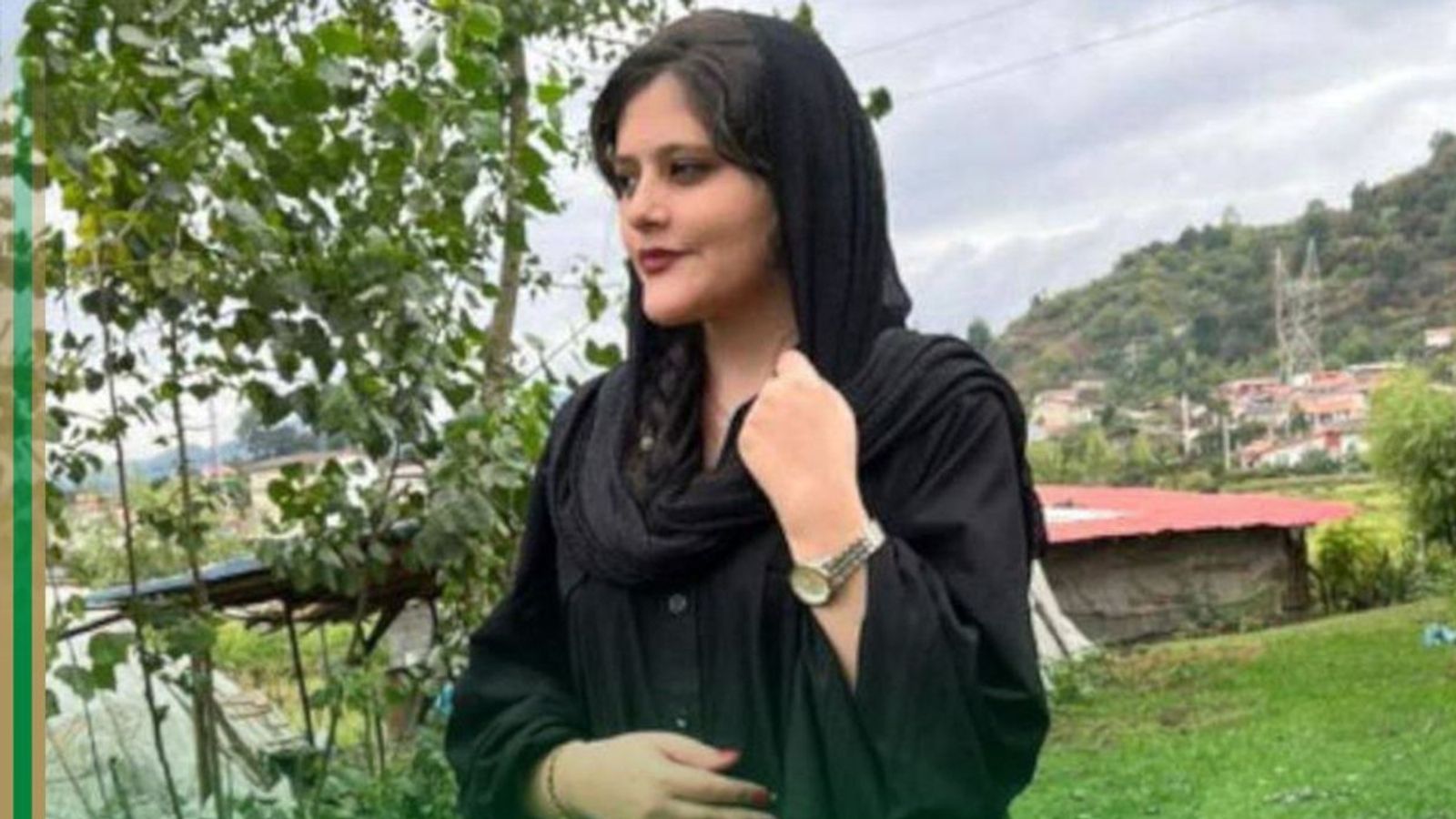 Mahsa Amini, the young woman whose death in police custody has prompted mass protests in Iran, was “tortured and insulted” before she died, her cousin has said.

In an exclusive interview with Sky News, Erfan Mortezaei told Sky News about what happened to his cousin and how she has become the “voice of the anger of the Iranian people”.

He called on the international community to hold the Iranian regime responsible for her death.

He is the first member of Miss Amini’s family to speak to Western media since her death in police custody in Tehran on 16 September.

In the hours before she died, the 22-year-old had been detained by the country’s morality police for allegedly wearing her hijab too loosely.

Outcry over her death has boiled over into some of the most serious protests in the country for years, with dozens of people killed as authorities seek to clamp down on unrest.

Mr Mortezaei is a political activist and Peshmerga fighter living in Iraq near the Iranian border.

Speaking to Sky News in Sulaymaniyah in the Kurdish region of northern Iraq, he said Miss Amini had gone shopping in Tehran with relatives including her brother, Ashkan.

He said they were confronted by the morality police: “When they saw Mahsa and others they decided her hijab was not correct.

“Ashkan tried to explain to them they were not in their home city, and were strangers in Tehran, so please take that into consideration and pleaded not to be taken away.

“In the struggle the police officers pepper-sprayed Ashkan in the face and forced Mahsa into the van and take her to the morality police station.”

Mr Mortezaei said a witness who was in the van has told the family what happened next.

“During the journey to the police station she was tortured and insulted,” he said.

After arriving at the police station Miss Amini began to lose her vision and fainted.

He said it took 30 minutes for ambulance workers to reach her and an hour and a half before she got to hospital.

“There is a report from Kasra hospital [in Tehran] that says effectively by the time she reached the hospital she was already dead from a medical point of view.

“She suffered a concussion from a blow to the head.”

He said there has been pressure on the family from the authorities to appear on Iranian TV, and efforts to silence her parents and brother from speaking out.

He said that Miss Amini had no involvement in politics, despite claims made in some Iranian government-backed media.

Asked about the impact of Miss Amini’s death, Mr Mortezaei said: “Mahsa’s death became a spark for this protest movement across Iran and Kurdistan.”

He added: “Mahsa is the voice of the anger of the Iranian people right now.”

He said her family, through him, were calling for the international community to come to their aid and ensure that the regime is held responsible for Miss Amini’s death.

Iranian state TV has suggested 26 protesters and police have been killed since violence erupted last weekend, while other reports put the figure as high as 41.

President Ebrahim Raisi said Iran must “deal decisively with those who oppose the country’s security and tranquillity”, state media reported.

Women have taken a prominent role in the street protests, challenging the country’s Islamic dress code and waving and burning their veils.

Some have publicly cut their hair as furious crowds called for the fall of Ayatollah Ali Khamenei, the supreme leader.

Miss Amini was Kurdish, a minority group in Iran mostly living in the west of the country. Significantly though, the uprising has spread across Iran and almost every province, including the capital Tehran, have seen protests.

Hossein Ashtari, the police chief, issued a tough message in an attempt to stop the demonstrations.

“The people’s security is our red line,” he told state television.

“Those involved in sabotage and creating insecurity based on directives from outside the country should know that they will be strongly dealt with.”

Pubs may have to close for good without more energy bill support, industry bosses warn
Fans on who could win Wales v England
Boxing’s big day: Fury remains king of the ring, but will he stay there? Do we need Estrada-‘Chocolatito’ 4?
Six children have died with Strep A bacterial infection
Portugal coach blasts Ronaldo for sub reaction