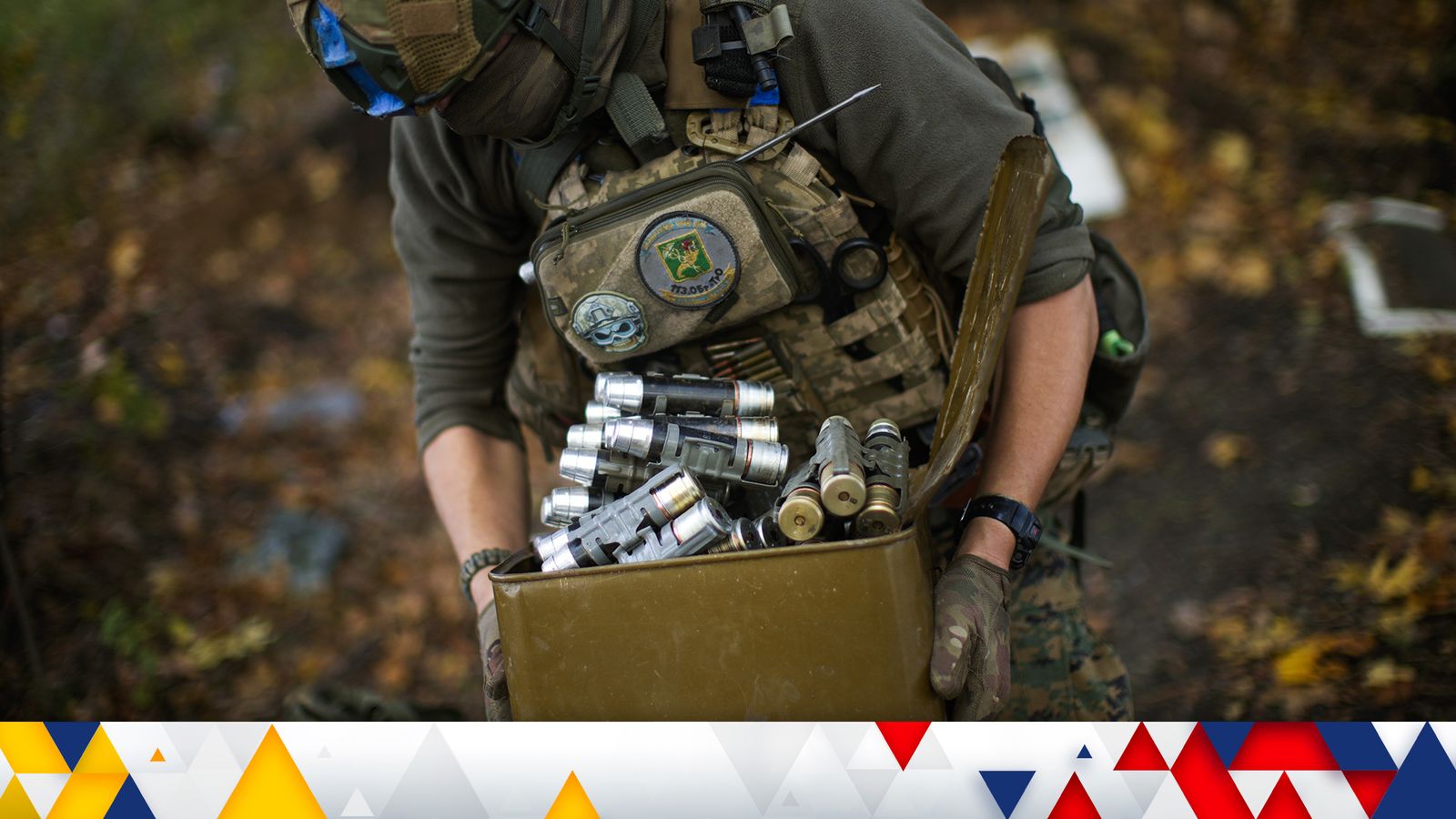 Two men opened fire on volunteer troops at a Russian military shooting range near Ukraine, killing 11 and wounding 15 others, the Russian defence ministry has said.

The shooting is said to have taken place in the Belgorod region in southwestern Russia, which borders Ukraine.

Moscow’s defence ministry said that the two men from an unnamed former Soviet nation opened fire on other soldiers during target practice, before being killed by return fire.

The ministry called the incident a terrorist attack.

The shooting comes after President Vladimir Putin ordered a hasty mobilisation to beef up the Russian forces in Ukraine.

Earlier, the defence ministry in Belarus released images of Russian troops arriving in the country as part of a “regional grouping”.

Meanwhile, the UK Ministry of Defence said that many of the reserve troops being called up by Russia are probably having to buy their own body armour.

In its morning briefing on Saturday, it said the modern 6B45 vest – which is meant to be standard issue – is selling online for 40,000 roubles, up from about 12,000 roubles in April.

Some 300,000 reservists are being called up, according to Russia, as it seeks to halt a wave of successful Ukrainian counterattacks. However, the MoD said their equipment “is almost certainly lower than the already poor provision of previously deployed troops”.

The substandard kit comes on top of expert assessments that many of the reservists will be poorly prepared and trained for war on the frontline.

President Putin said on Friday that the call-up would be over in two weeks.

Elsewhere, the US has said it will send more munitions and military vehicles to Ukraine as part of a new $725m (£639.7m) package.

It will bring the total of US security assistance since Russia invaded Ukraine in February to more than $17.5bn (£15.6bn).

The latest package includes high-speed anti-radiation missiles (HARMs) and precision-guided artillery, as well as medical supplies, the US Defence Department said in a statement.

It is hoped the support will bolster Ukraine’s ability to beat back Russia in the counter-offensive that has yielded large territorial gains in recent weeks.

COVID testing requirements scrapped in Beijing as China starts to relax measures
Tesla Model 3 prototype spotted ahead of rumored design refresh
Prince Harry reveals how he and Meghan met
Ukraine War: What impact will wet wintery weather have on war?
Will Judge sign? Which NL West team could make a huge move? What we’re hearing at the winter meetings