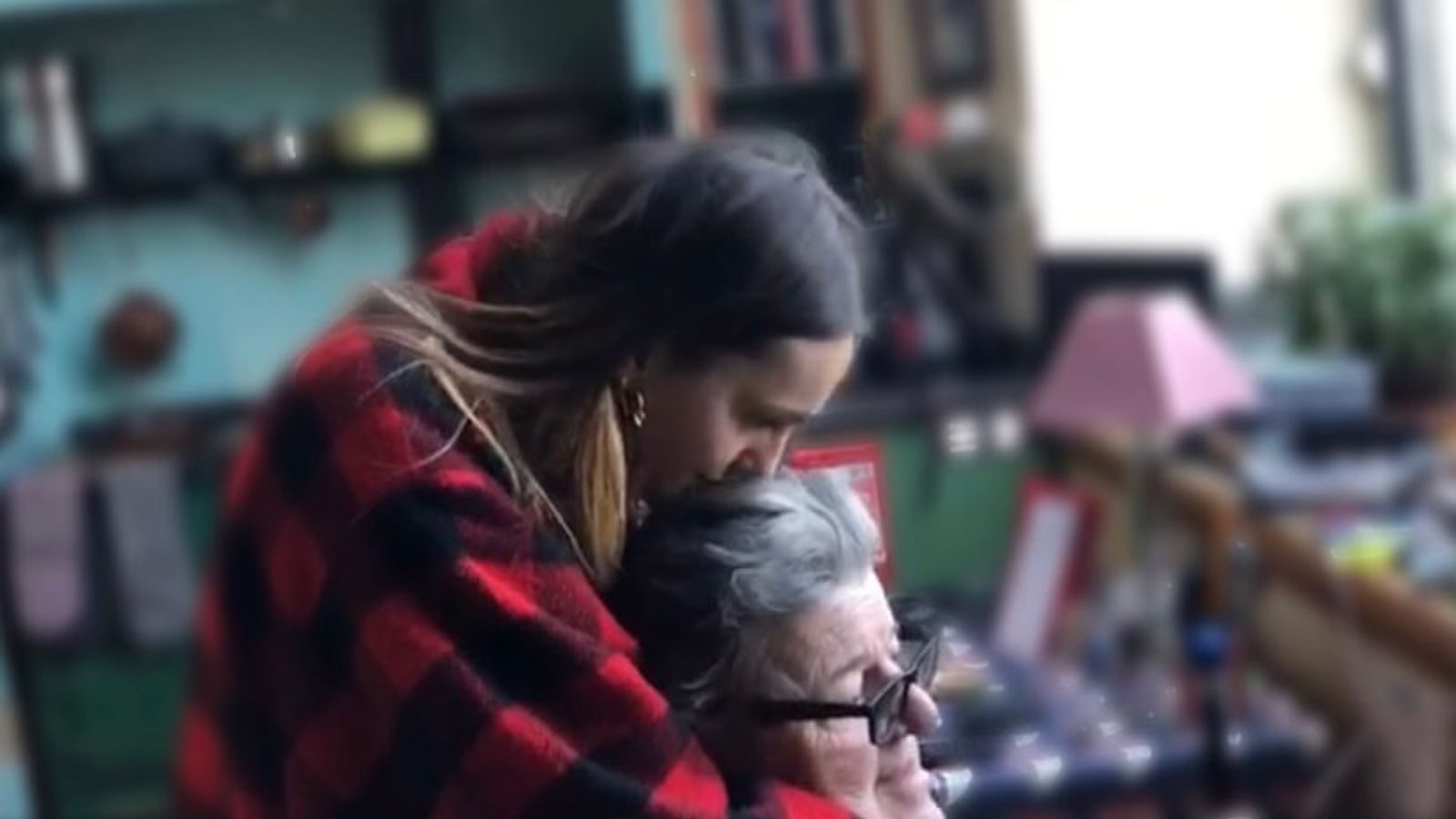 Robbie Coltrane’s daughter has shared a touching picture of the pair together, following his death aged 72.

Alice McMillan posted the photo of her hugging her father on Instagram on Saturday, accompanied by a black heart emoji.

Coltrane is survived by Alice and her brother Spencer, their mother Rhonda Gemmell and his sister Annie Rae.

The actor and comedian’s agent of 40 years announced his death on Friday.

She did not give details of how he died, but Coltrane’s family thanked staff at Forth Valley Royal Hospital in Larbert, Scotland, for their care.

It won him the best actor prize at the British Academy Television Awards three years running, before he was made an OBE in 2006.

News of his death sparked tributes from several of his Harry Potter co-stars.

Author of the books JK Rowling said: “I’ll never know anyone remotely like Robbie again. He was an incredible talent, a complete one off.”

Emma Watson, who played Hermione Granger in the films, shared an image of the pair of them, describing him as “like the most fun uncle I’ve ever had”.

“Robbie, if I ever get to be so kind as you were to me on a film set I promise I’ll do it in your name and memory,” she wrote.

“There was no better Hagrid. You made it a joy to be Hermione.”

Daniel Radcliffe, who starred as Harry Potter, said: “Robbie was one of the funniest people I’ve met and used to keep us laughing constantly as kids on the set.

“I’ve especially fond memories of him keeping our spirits up on Prisoner of Azkaban, when we were all hiding from the torrential rain for hours in Hagrid’s hut and he was telling stories and cracking jokes to keep morale up.”

While James Phelps, who played Fred Weasley, said he will miss the “random chats about all subjects under the sun”.

Tom Felton, who played Draco Malfoy, described Coltrane as a “big friendly giant”, and recalled shooting a scene with him during Harry Potter And The Philosopher’s Stone.

“One of my fondest memories of filming Harry Potter was a night shoot on the first film in the forbidden forest,” Felton tweeted.

“I was 12. Robbie cared & looked after everyone around of him. Effortlessly. And made them laugh. Effortlessly. Love you mate – thank you for everything xx.”

Matthew Lewis, who played Neville Longbottom, described Coltrane as “a giant, in more ways than one” and said they “shared a love of the final frontier”.

Bonnie Wright, who featured as Ginny Weasley, said she was “heartbroken” and thanked Coltrane for “all the laughter”.

‘Such a sweet man – such depth, power and talent’

He said he met Coltrane almost 40 years ago, adding: “Such depth, power & talent: funny enough to cause helpless hiccups & honking as we made our first TV show, Alfresco.”

Hugh Laurie, who also acted alongside Coltrane in Alfresco, and the period sitcom Blackadder, recalled fond memories of his time with the actor.

Fellow Blackadder star Tony Robinson described him as “such a sweet man” and “so talented as a comic and as a straight actor”.

He added in a post to Twitter: “‘Dictionary’ was my favourite episode of the Adder ever and it was all down to you mate. Rest well x”

Actor Robert Lindsay, who starred alongside Coltrane in the 1989 film Bert Rigby, You’re a Fool paid tribute to his “dear pal”, adding: “We shared a Hollywood journey that will live with me forever.”

Scotland’s First Minister Nicola Sturgeon has called Coltrane a “Scottish entertainment legend” and said he will be “hugely missed”.

DiCaprio’s scary plane landing
As China eases Covid restrictions, Club stocks stand to gain
Group try to steal Banksy mural from wall in battle-scarred Ukrainian town
‘They were going to find a way to destroy me’: Harry and Meghan’s bombshell documentary airs
Big win for Joe Biden as Democrats land outright majority in the US Senate