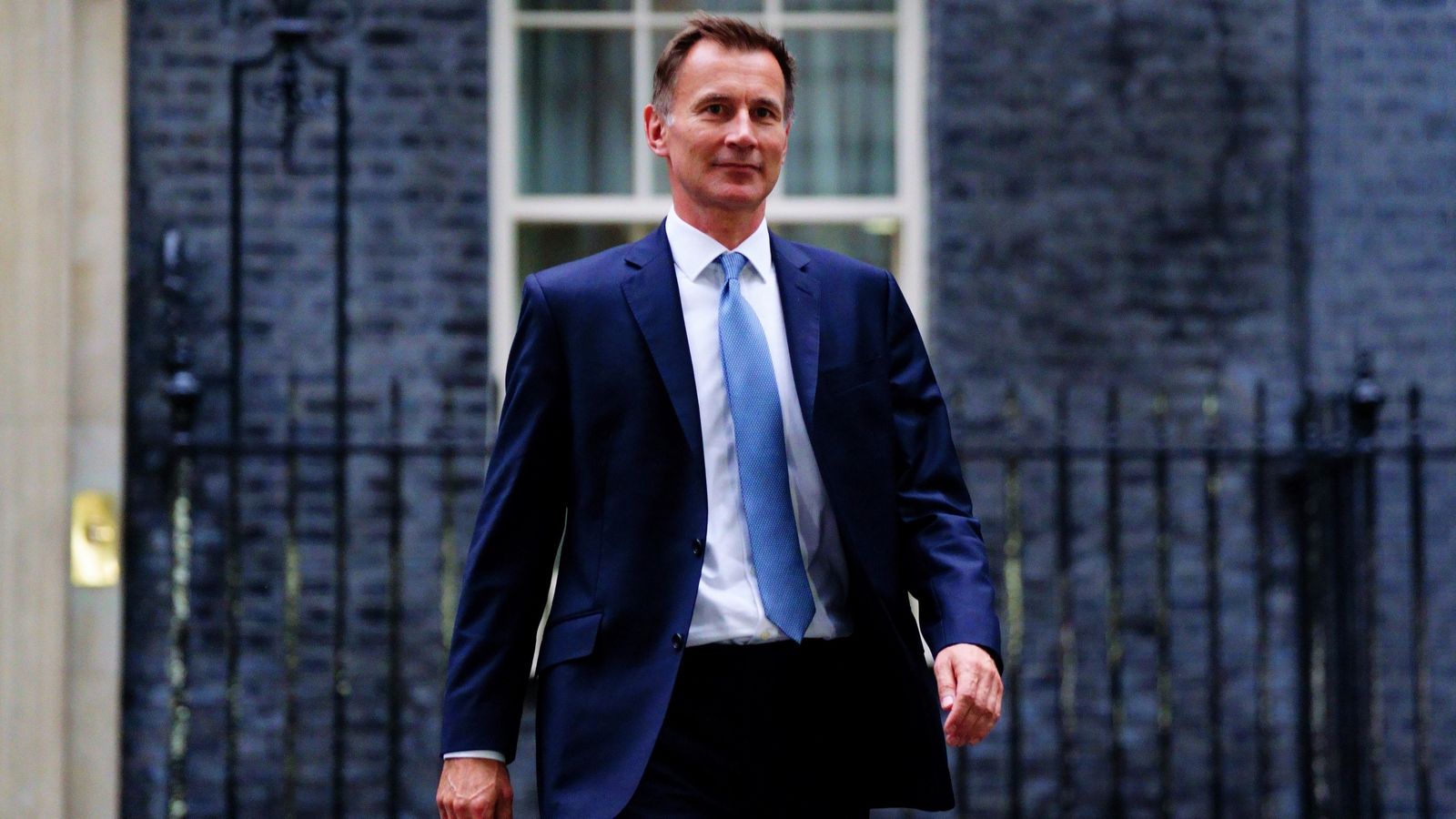 The new chancellor Jeremy Hunt has said there “were mistakes” in Liz Truss and Kwasi Kwarteng’s mini-budget.

Speaking to Sky News on Saturday, Mr Hunt said: “It was a mistake when we were going to be asking for difficult decisions across the board on tax and spending to cut the rate of tax paid by the very wealthiest.”

He added that it was an error to “fly blind” by not accompanying the ‘fiscal event’ with an economic forecast by the Office for Budget Responsibility, which many argue sent the financial markets into turmoil.

On tax cuts, he said: “We won’t have the speed of tax cuts we were hoping for and some taxes will go up.”

Asked if this would mean a return to austerity, he replied: “I don’t think we’re talking about austerity in the way we had it in 2010. But we’re going to have to take tough decisions on both spending and tax.”

The comments signal a plan to up-end the prime minister’s entire economic strategy, in an extraordinary rebuke of the pledges that brought her into office.

Mr Hunt was appointed chancellor on Friday, an hour after his predecessor Kwasi Kwarteng was sacked after just 38 days in the job.

While his appointment was welcomed by some Tory MPs as “an experienced pair of hands”, others questioned why Mr Kwarteng was the one who had to go when he was pursuing policies Ms Truss espoused in her leadership campaign.

At a hastily-arranged news conference in Downing Street on Friday, the prime minister dismissed calls for her resignation, saying she was “absolutely determined to see through what I have promised”.

But announcing another U-turn, she said: “It is clear that parts of our mini-budget went further and faster than markets were expecting, so the way we are delivering our mission right now has to change.”

Mr Kwarteng’s plans to drop the planned rise in corporation tax from 19% to 25%, were therefore being scrapped, she announced, saving the Exchequer £18bn a year.

Is Jeremy Hunt now more powerful than the PM?

Jeremy Hunt has confirmed that Prime Minister Liz Truss’s economic vision is not only dead, but that the immediate actions of this administration will be to do almost exactly the opposite of what the prime minister promised during the summer leadership campaign.

This was a cold, hard reality check from a chancellor who is being upfront about the fact that his primary purpose is to put out the fires started by the government he’s just joined and restore some semblance of credibility to the UK economy.

Some taxes will rise, some will be cut more slowly than expected, and public spending will be trimmed with every department asked to find savings.

Does this mean pushing back the 2023 cut to the basic rate of income tax? Can the Ministry of Defence still expect its funding increase? Is there any chance of public sector pay rises reaching anywhere near inflation?

Politically, there is an argument to be made that Jeremy Hunt is now more powerful than the prime minister.

‘The last few weeks have been very tough’

Asked why he agreed to take on the difficult job of sorting out the public finances, the new chancellor said he wants to “do the right thing by the British people”.

But he added: “I want to be honest with people, we have some very difficult decisions ahead.

“The last few weeks have been very tough, but the context of that is coming out of a pandemic and a cost-of-living crisis.

“No chancellor can control the markets, but what I can do is show that we can pay for our tax and spending plans and that is going to need some very difficult decisions.”

He said that all government departments would have to “find more efficiencies than they were planning to find”.

However, he declined to give any specific commitments ahead of the fiscal statement on October 31.

Asked if the NHS will still get the money that was promised in the health and social care levy, he said “the government’s already made that commitment”.

He added: “I’m not going to make any specific commitments about specific departments now, or indeed on the tax side about specific taxes because we have to look at these things in the round. And we have to make sure as we take these very difficult decisions, we’re honest with people about the situation we face.”

‘This is a disaster’

David Lammy, the shadow foreign secretary, questioned how cuts can be made given the pressure public services are under.

He said the market turmoil seen in recent weeks is a “crisis made in Number 10” and called for a general election.

He said: “As you listen to Jeremy Hunt what you hear is despite long queues in the NHS, it’s now set to get worse, despite rising class sizes in Britain we can expect our education to get worse, and with crime soaring across many communities in the country, we need police officers.

“Are they are now going to back-pedal on those undertakings that they’ve previously made?

“This is a disaster and the only way to deal with a disaster is a general election and to set our country on a certain path for the next five years.”

He claimed Ms Truss had “no mandate” for her policies.

“We cannot live in an oligarchy effectively where the Conservatives choose who leads them and as a consequence gives us a prime minister with no mandate at all to make, now, the swingeing cuts that we’re about to see.”

Mr Hunt’s comments may only add to the sense among some Tory MPs that Ms Truss is increasingly powerless in Downing Street.

Heated messages shared in Conservative Party WhatsApp groups after Ms Truss’s hastily-arranged Downing Street press conference show the party is divided about the next steps, with some MPs calling for the PM to be replaced by Rishi Sunak or Penny Mordaunt.

Hear the promises Stewart Rhodes made to his lawyers before Oath Keepers trial
Peter Kay in tears as he gets standing ovation at start of comeback gig
Kanye West suspended from Twitter after sharing image of swastika and praising Hitler
Hate speech surged on Twitter after Elon Musk’s takeover, new research shows
‘So relieved’: Ex-wife of Oath Keepers founder reacts to verdict