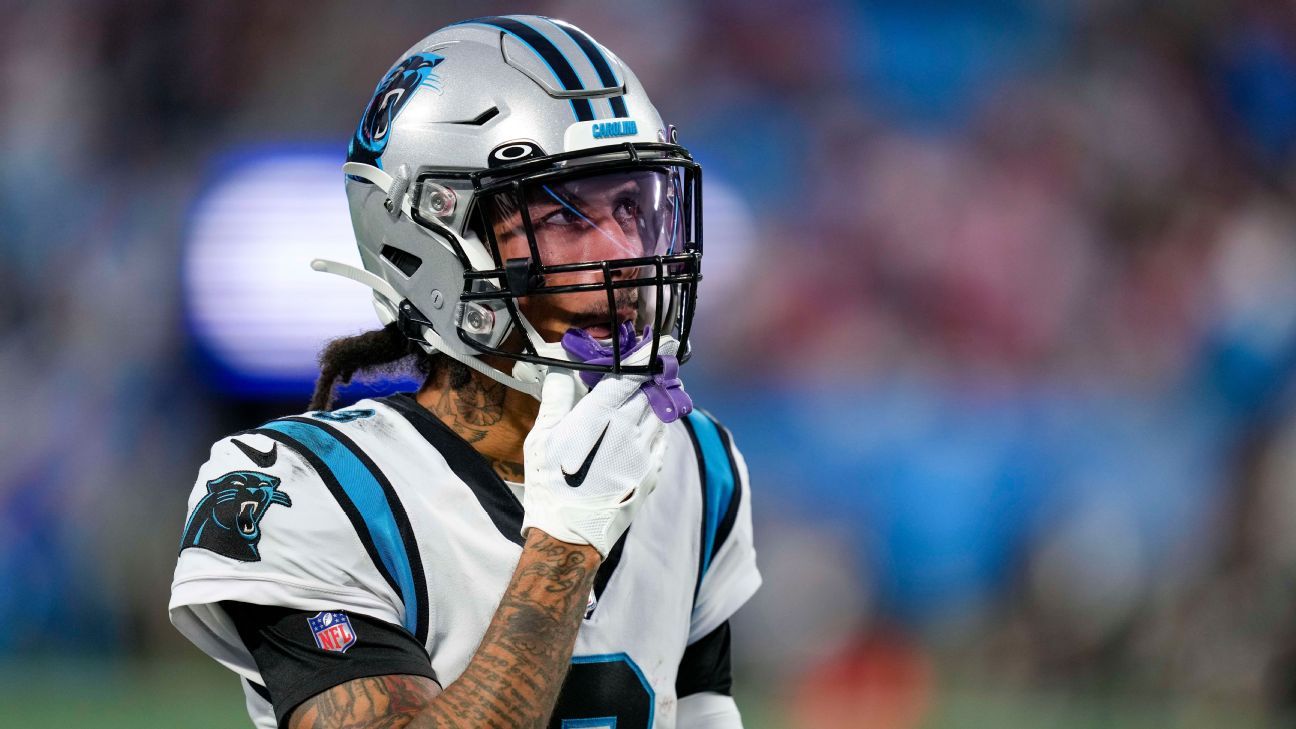 INGLEWOOD, Calif. — The Carolina Panthers didn’t make a strong statement Sunday against the Los Angeles Rams, but interim coach Steve Wilks did, throwing Robbie Anderson out of the game late in the third quarter after the wide receiver was in a heated argument with position coach Joe Dailey.

“No one is bigger than the team,” Wilks said of Anderson after a 24-10 loss in his first game since replacing Matt Rhule, who was fired Monday. “I’m not going to focus and put a lot of attention on one individual.”

Anderson got into a shouting match with Dailey late in the first half and opened the second half on a stationary bicycle wearing a baseball cap. Late in the third quarter, Anderson sat by himself on a cooler while the rest of the offense talked strategy on the sideline.

Then, later in the third quarter with the Panthers trailing 17-10 and without a first down since the first quarter, Anderson and Dailey again had an exchange. Wilks stepped in and sent Anderson to the locker room.

Anderson said he “had no idea” why he was sent to the locker room. Dailey was not available for comment, but Anderson opted to talk to reporters after meeting with general manager Scott Fitterer.

“I was honestly confused,” Anderson said. “I wanted to be in the game. I’ve never had somebody yell to get out of the game. So I was honestly confused and upset by that. I should be. I don’t see nobody that is a true competitor, that knows the value they bring and has true passion for the game, that will be OK with being told not to do something or being taken out of something when they didn’t do nothing wrong.”

Anderson made it clear he wasn’t told he had to speak to media after Carolina’s fifth loss in six games this season and 12th in the past 13 games dating back to last season.

“I don’t want nobody to have a misconception of me,” said Anderson, who went on to allude to off-field incidents in his college career and earlier in the NFL with the New York Jets. “Other times in my life when I’ve had moments of controversy, I didn’t speak up for myself.

“It’s not just about me. It’s when young kids go through similar things, they need to know to stand up for themselves.”

Anderson said anyone in his position would have been upset at being told he couldn’t play.

“You shouldn’t be OK with not being on that turf,” he said. “You should want to make a play. Losing is not acceptable. You don’t play this game to lose. You could consider me a loser my whole life growing up. I didn’t get this far in life to continue to be a loser. It’s not what I work for.”

Anderson was brought to Carolina by Rhule in 2020 after he’d played four seasons with the Jets. He played for Rhule at Temple, and his career seemed to be resurrected when he had a career-high 95 catches for 1,096 yards that season.

Anderson didn’t have a catch Sunday. He entered the game with 13 catches for 206 yards — 75 of them on a touchdown in the opener against the Cleveland Browns on a pass from Baker Mayfield.

A league source told ESPN before the game that Anderson was a player the Panthers would consider trading.

A team that trades for Anderson would take on his $575,000 salary for the rest of the year, while the Panthers — who restructured his contract in March — would take a $20 million dead-cap hit, spread across this year and next.

“I’ve been in trade rumors before,” Anderson said. “It’s part of the game. I don’t let it affect me.”

Asked whether he wanted to be traded, Anderson said, “I wouldn’t say I want to be traded. I’m going to let God follow his plans for my life. I’ll let things take his course on his time.”

Anderson and Wilks hadn’t talked before Anderson met with media, but both said they planned to.

“Regardless of what’s been going on the past week, I always keep my head in it and keep working. All I want to do is help us win the Super Bowl. That’s my ultimate goal for playing the game.”

Wilks did not commit to Anderson playing in next week’s NFC South game against the Tampa Bay Buccaneers.

“Everybody is being evaluated as well as myself,” Wilks said. “We’ve got to figure out what’s going to be the right chemistry to put out on the field offensively and defensively.”

Rad Power Bikes releases teaser image of new e-bike. Can you tell what it is?
Cheers star Kirstie Alley dies after short illness
Royals’ blighted US trip to end with Biden meeting and Eilish at prizegiving
‘Feminists can’t tell us what to do with our bodies’: Sex workers fight council strip club ban
Oil prices rose as much as 2% on hopes of China’s reopening and as OPEC+ maintains output cut targets