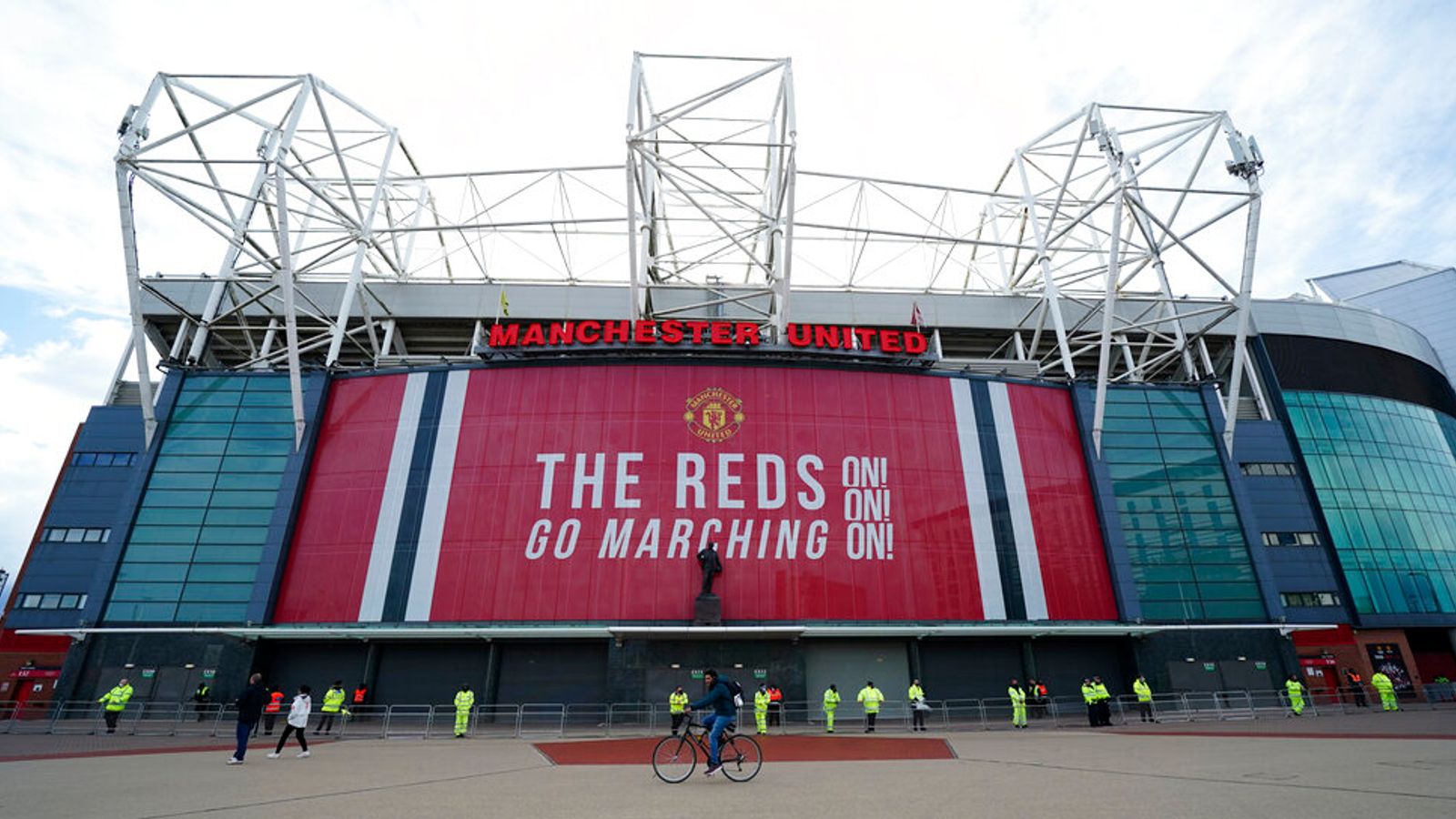 Manchester United’s American owners have confirmed they could sell the club as they explore “strategic alternatives” to boost its sporting and commercial success.

It comes after Sky’s City editor Mark Kleinman exclusively revealed the Glazer family were preparing to announce the news and were already being advised by bankers.

Fans of Manchester United have long campaigned against the club’s American owners, who they accuse of a lack of investment and saddling the club with too much debt.

After 17 years in charge, they said on Tuesday that the prospect of selling was now on the table.

A statement said the board of directors was “commencing a process to explore strategic alternatives for the club” which will include “new investment into the club, a sale, or other transactions”.

It said stadium and infrastructure redevelopment and expansion of the club’s global commercial activities will all be looked at.

Manchester United have struggled to get anywhere near the golden era of Sir Alex Ferguson since he stepped down as manager in 2013.

The club’s facilities, current manager Erik ten Hag and the attitude of the Glazer family were also criticised by Cristiano Ronaldo in a recent interview with Piers Morgan.

“The Glazers, they don’t care about the club. I mean, professional sport, as you know, Manchester is a marketing club,” said the player.

The fallout led to the Portuguese star and Manchester United announcing on Tuesday that he was immediately leaving the club by mutual consent.

He made the comments after the club was among those looking to form a breakaway European Super League – an idea lambasted by most of the footballing world.

Read more:
How ‘scavenger’ Glazers left Old Trafford ‘rusting’ and in a ‘mess’

Could Manchester-born billionaire make a bid?

Avram Glazer and Joel Glazer, executive co-chairmen and directors, said their review would be “fully focused on serving the best interests of our fans, shareholders, and various stakeholders”.

However, the statement cautioned that a sale – or any other deal – is not guaranteed.

A partial sale to new investors, with money being raised to redevelopment Old Trafford, is one potential outcome, says Sky’s Mark Kleinman.

HUNT FOR NEW OWNERS MAY PUT FANS IN MORAL BIND

The focus on Qatar for the World Cup underscores football’s transformed financial landscape in the 17 years of the Glazer family’s ownership of Manchester United.

It’s been a period of decline at Old Trafford, while state-owned clubs have been on the ascendancy – with owners with the financial firepower to splurge cash to sign the superstars and amass silverware.

They have exposed a business model at Old Trafford that sees the growth in commercial revenue necessary to service a debt that didn’t exist until the Glazers’ leveraged takeover and still stands at over £500m.

It has taken more than £1bn to service that debt since 2005. Even though as much has still been spent on net transfers at the same time, the need for investment across the club’s infrastructure was exposed by Cristiano Ronaldo before his abrupt departure.

Protests against the Glazers faded mostly after 2005 while Sir Alex Ferguson delivered title after title, but the Premier League hasn’t been won since his retirement in 2013.

And United are without any trophy since 2017 – a drought that has reignited dissent against the American owners.

Meanwhile, the clubs with sovereign wealth cash to speed freely – within football financial regulations – are proving hard to keep up with.

Manchester City – in United’s shadow until being bought by Abu Dhabi’s Sheikh Mansour in 2008 – have won the league in six of the last 12 seasons.

Newcastle are already resurgent and challenging for Champions League qualification – sitting two spots above United in third place in the league – after a year under Saudi ownership.

And Paris Saint-Germain – owned by Qatar since 2011 – have won the French title eight times since then.

Catching them on the pitch would require a new owner with the investment to not only upgrade the squad, but also the stadium and training facilities.

Finding state ownership is not simple. Especially investors not linked to those already running a club due to football regulations.

And fans could be placed in a moral bind – if it means swapping the aggressively capitalist model of the Glazers for owners backed by a country with a questionable human rights record.

Potential buyers could include Sir Jim Ratcliffe, the British billionaire and a long-time fan, having grown up in Manchester.

He said in the summer he would be interested if the club was up for sale, but in October revealed he’d met the Glazers and they “don’t want to sell”.

Billionaires from around the world would also likely be linked to bids, as would sovereign investors hoping to emulate the takeover at Newcastle United – now owned by Saudi state-backed investors.

There will also be speculation that the Red Knights, a consortium led by former United director and leading economist Lord O’Neill, could revive their interest from 2010.

Manchester United’s review comes a few weeks after Liverpool’s US owners said they were also open to offers and already had interest from groups looking to buy shares.