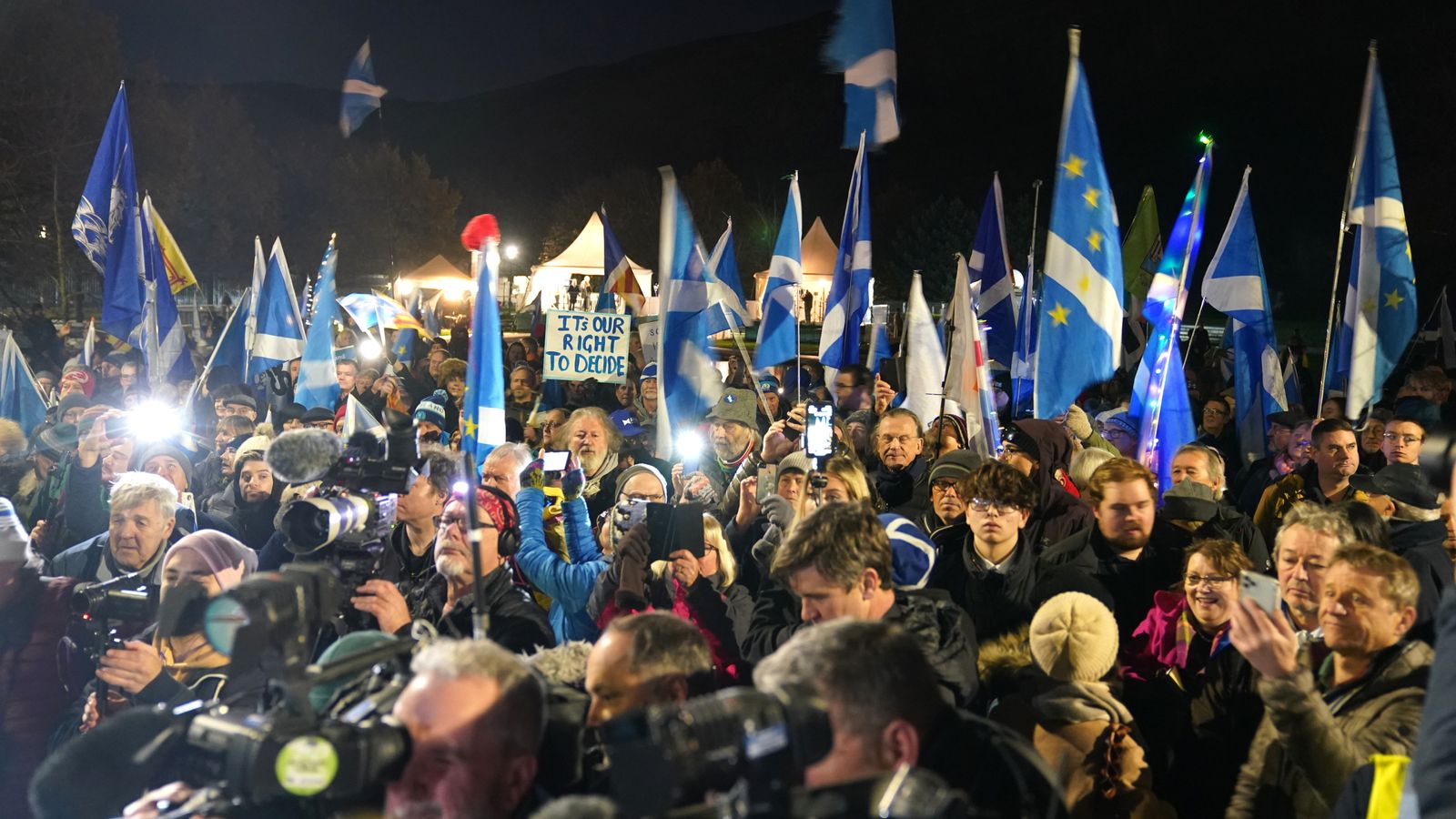 Nicola Sturgeon has vowed to find another way “for Scottish people to express their will” after judges ruled that another independence referendum cannot be held without the backing of Westminster.

After the judgment this morning, the Scottish first minister said she will continue to push for independence, declaring: “We must and we will find another democratic, lawful and constitutional means by which the Scottish people can express their will. In my view, that can only be an election.”

Speaking in Edinburgh, she said: “As long as there is breath in my body, I refuse to give up on the basic principle of democracy.”

She continued: “This is no longer about whether Scotland becomes independent, vital though that decision is. It is now more fundamental.

“It is now about whether or not we even have the basic democratic right to choose our own future.

“Indeed from today, the independence movement is as much about democracy as it is about independence.”

Ms Sturgeon said the next general election, which must be before January 2025, would be a de facto referendum on independence.

“A party can be, indeed should be, crystal clear about the purpose for which it is seeking popular support.

“In this case, for the SNP that will be to establish – just as in a referendum – majority support in Scotland for independence so that we can then achieve independence.” 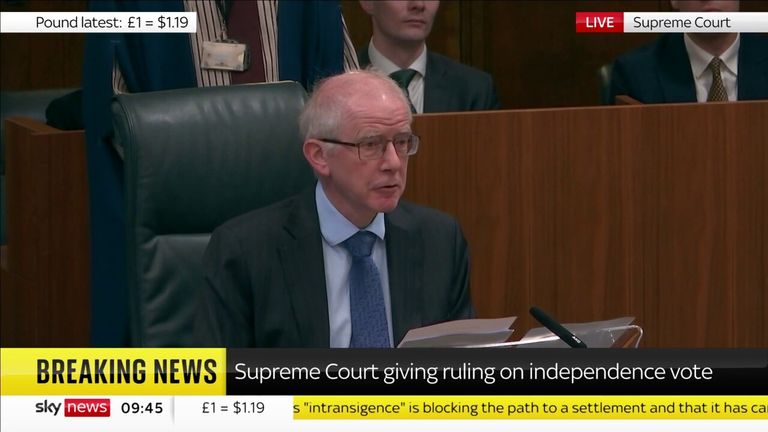 ‘The people will decide’

Ms Sturgeon said the SNP will “launch and mobilise a major campaign in defence of Scottish democracy” and that if the Scottish people continually express they want to be independent, that will have to eventually be accepted.

Judges on the Supreme Court ruled unanimously that the Scottish government would need approval from Westminster for a second independence referendum.

Announcing the ruling, Lord Reed, the court’s president, said legislation for a second vote would relate to “reserved matters”, making it outside the powers of Holyrood.

Read more:
Could this be moment Sunak and Sturgeon settle Scottish independence?

Scotland held an independence referendum in 2014 and just over 55% voted to remain in the UK.

The pro-independence SNP, which has led the country since 2007, believes it has a mandate to hold another vote because of its continued success in elections and because of the change in circumstances since Brexit.

Speaking at Prime Minister’s Questions, the SNP’s Westminster leader Ian Blackford asked: “What right does a man with no mandate have to deny Scottish democracy?”

Other SNP MPs expressed their upset at the decision on social media.

“The people will decide, and Scotland will become independent,” Dave Doogan wrote.

Douglas Ross, the leader of the Scottish Conservatives, said the SNP must now “get back to work, drop their referendum obsession and focus on what really matters to the people of Scotland”.

Scottish Labour leader Anas Sawar added: “We must now focus on the problems facing our country, from rising bills to the crisis in our NHS.”