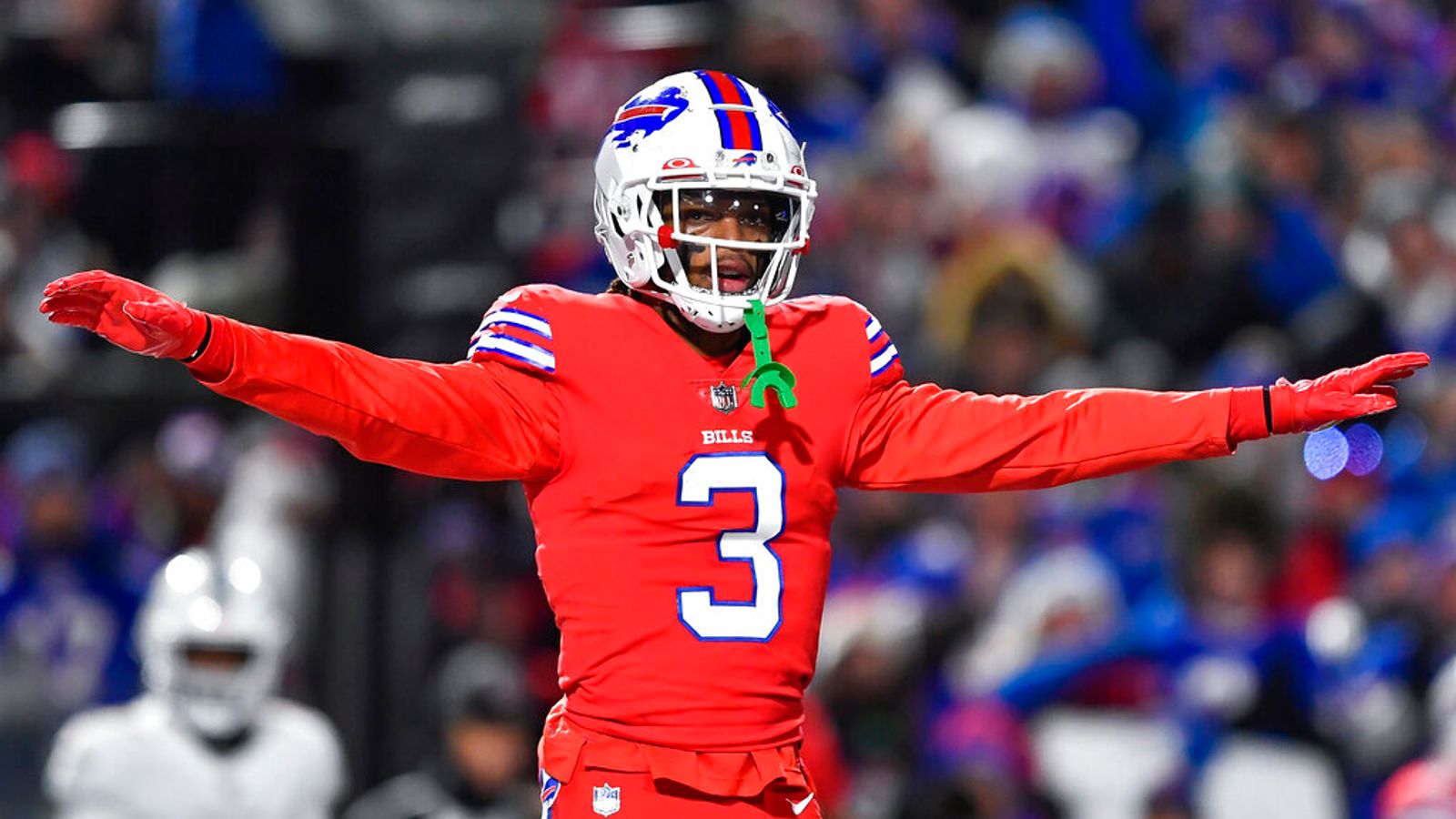 The NFL player who suffered a cardiac arrest during a game “has shown remarkable improvement over the past 24 hours”, Buffalo Bills have said.

In a statement, they said Damar Hamlin, 24, was still “critically ill” but “has demonstrated that he appears to be neurologically intact”.

“Per the physicians caring for Damar Hamlin at the University of Cincinnati Medical Center, Damar has shown remarkable improvement over the past 24 hours,” they said.

“His lungs continue to heal, and he is making steady progress.”

He has been in a critical condition in hospital since Monday evening when he collapsed on the field in Cincinnati.

A further update was given by teammate Kaiir Elam, who tweeted: “Our boy is doing better, awake and showing more signs of improvement. Thank you God. Keep the prayers coming please. All love 3!”

The defensive back collapsed on the field and was given CPR for about 10 minutes after he was injured when making a tackle during a match against the Cincinnati Bengals.

He collided with Bengals’ wide receiver Tee Higgins in the incident on Monday night.

He then managed to get to his feet and appeared to adjust his helmet before tumbling backwards and lying motionless.

The Bills said his heart stopped before his heartbeat was then “restored” on the pitch by medical staff.

His football shirt was cut off, and he was reportedly given oxygen.

‘They had to resuscitate him twice’

Speaking to CNN on Wednesday, Hamlin’s uncle Dorrian Glenn said: “His heart had went out, so they had to resuscitate him twice.

“I’m not a crier, but I’ve never cried so hard in my life. Just to know, like, my nephew basically died on the field, and they brought him back to life.”

The game was suspended, and later postponed, with the Bills match against the New England Patriots this weekend set to go ahead as planned.