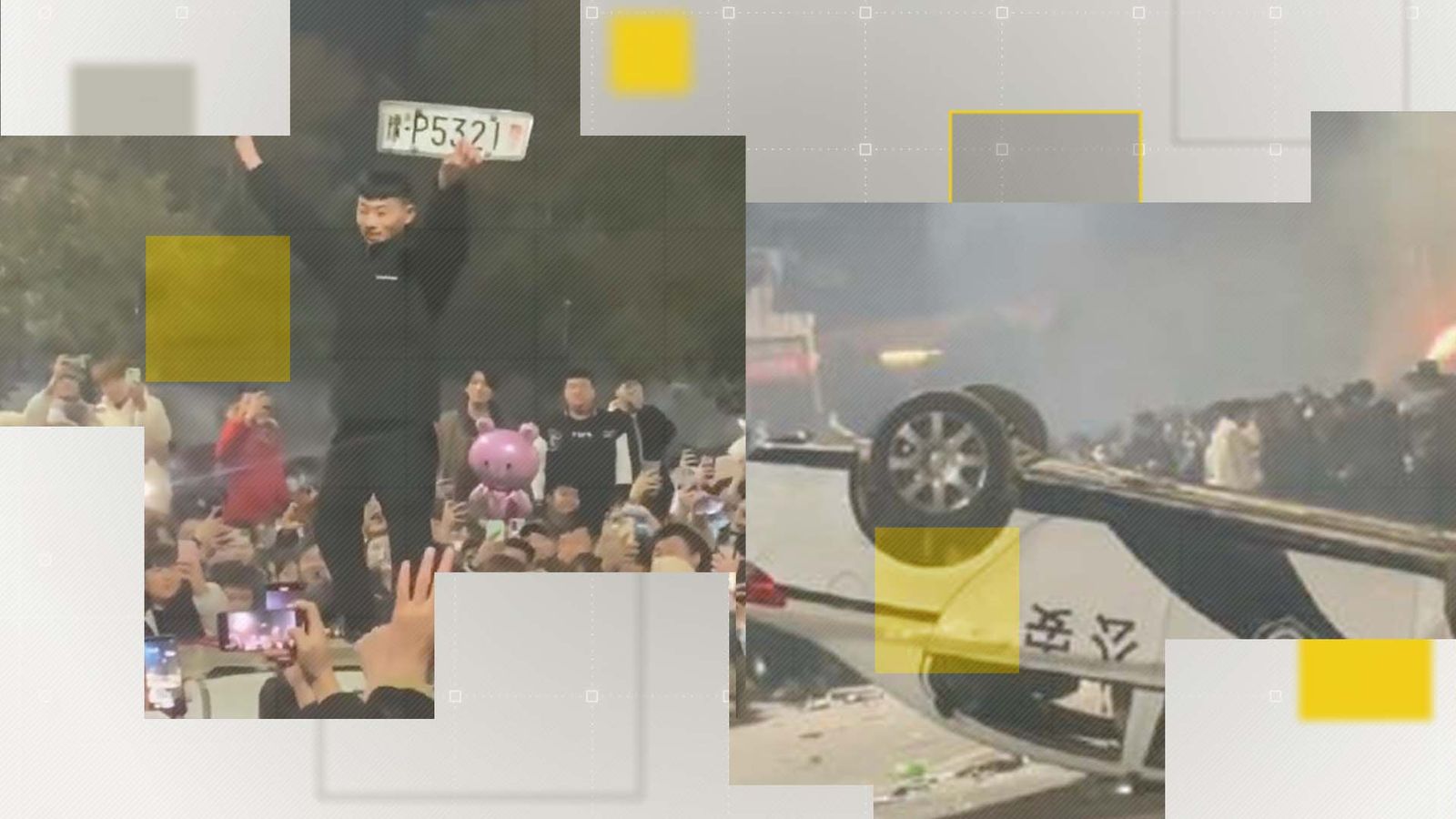 Multiple videos of a crowd in China attacking and flipping over a police car have gone viral on social media, marking another incident of civil disobedience that has broken through the country’s wall of digital censorship.

A large group of people gathered in Luyi County, Henan, on 2 January, where it’s understood that frustrations against a fireworks ban escalated to people pushing an officer and attacking a police car.

Some threw fireworks at the then-empty vehicle, smashed its windows and climbed on top of the car to stamp and dance on it.

Social media users drew a link between this action against local authorities and the unusually large protests that took place in China last year, which became known as the #WhitePaperRevolution or the #A4Revolution to reflect how demonstrators held up blank pieces of paper during their action.

Although there is little evidence the incidents are formally linked, online commenters made comparisons while posting videos from Monday along with the tag the #FireworkRevolution.

Incidents like the attack on the police car are not that unusual in China, according to Professor William Hurst, the Chong Hua Professor of Chinese Development at the University of Cambridge. However, he said the amount of video from Monday that has surfaced online is rare.

“Protests of this scale and intensity do happen very often [and] the government doesn’t necessarily regard it as a big deal,” he told Sky News, adding that “there is some context in which the Chinese government does believe that any, even slight resistance or mobilisation automatically constitutes an existential threat to the regime”.

This kind of content is often quickly removed from Chinese social media. For it to be appearing on sites outside of China’s influence, such as Twitter and Instagram, on this scale is striking.

Prof Hurst said: “I think this is actually a new trend that we’re seeing over the last few months. This is something new and different.

“Either people who are posting the videos have become much more savvy about how to evade internet controls and censorship and other restrictions, or the state is actually loosening up a little bit in terms of what’s allowed to be posted and how long it’s allowed to stay up and what’s allowed to leak internationally. It could be both.”

The videos show large crowds had gathered at a local landmark in Luyi County. Sky News has verified this location.

Some of the earliest videos of the incident show the car attempting to drive through the crowds with a man sat on the bonnet.

The car has minimal damage at this time, with a dent above the right wheel visible in the first clip.

Another film shows the vehicle completely encircled by people filming on their phones and one man climbing on top of the boot.

Another shows people pushing and shoving a policeman.

Later, people throw items at the car – including lit fireworks.

Some attack the vehicle…

One video has been spread particularly widely. It shows a man in a distinctive Balenciaga top dancing on top of the police car.

The car is badly damaged by this point.

And finally, a line of people form and flip the car over.

The Luyi County Public Security Bureau issued a statement on Chinese social media saying that eight people are under investigation and six have been arrested after the attack on the police car.

Posts sharing the police’s comments and criticising the incident remain on Chinese social media, but comments praising the crowd for rebelling against the authorities appear to have been widely deleted.

Less than 300 results appeared when searching for “Luyi” on Weibo on 4 January. The posts that do appear on there are uniformly critical of the incident.

And while many of the videos were posted to Douyin, nearly all appear to have been removed.

The videos do not prove whether the police car was attacked in response to officers’ attempts to uphold the fireworks ban, which is in place because of concerns over fire hazards and air pollution.

Many wanted the ban to be lifted to celebrate the end of three years of COVID-19 restrictions in the country.

China moved away from its controversial zero-COVID policy after the biggest show of opposition to the ruling Communist Party in decades was seen towards the end of November and in early December.

The Data and Forensics team is a multi-skilled unit dedicated to providing transparent journalism from Sky News. We gather, analyse and visualise data to tell data-driven stories. We combine traditional reporting skills with advanced analysis of satellite images, social media and other open source information. Through multimedia storytelling we aim to better explain the world while also showing how our journalism is done.