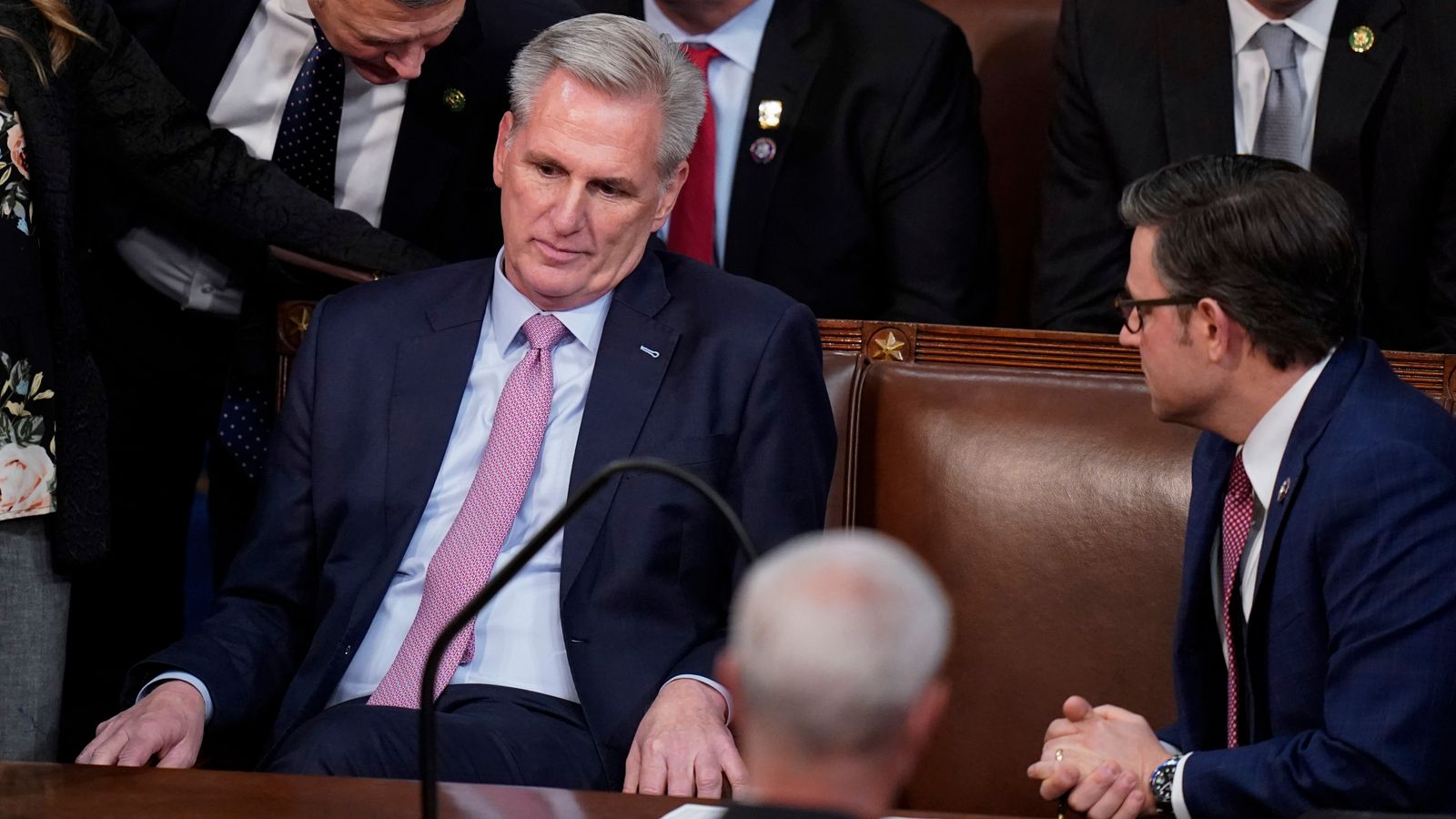 Republican Kevin McCarthy has narrowly lost the fourteenth vote to become Speaker of the US House of Representatives after a tense exchange in Congress.

The House decided to hold a 15th vote immediately after, instead of adjourning for the night.

Mr McCarthy’s party had taken control of the House – the US lower chamber – following the midterm elections in the autumn, with a slim 222-212 majority.

Usually, election of the Speaker follows seamlessly, as a formality, with the leader of the largest party a shoo-in for the job.

However, recent splits in the Republican partymeant that did not happen – and led to the first defeat of a nominee in a century.

In the 14th ballot, Mr McCarthy received 216 votes – one shy of the number needed for a victory – as a small faction of right-wing hardliners held out.

This was despite his promise of spending cuts and other concessions that had won over many of their colleagues.

Even after two key Republican holdouts voted present to lower the tally he would need, it was not enough.

During a tense exchange, Mr McCarthy was seen walking to the back of the chamber to confront Rep. Matt Gaetz, who did not vote for him.

A hostile back and forth ensued, while a number of Republican lawmakers began to crowd them.

Rep. Mike Rogers appeared to lunge in the direction of where Mr Gaetz was sitting, but was held back by other members.

“Stay civil,” someone was heard shouting.

Rep. Richard Hudson was also seen grabbing Mr Rogers around the mouth, but it was unclear what the argument was about.

Highest number of speaker ballots since 1859

A handful of far-right Republicans have felt Mr McCarthy is not conservative enough for the job, despite him agreeing to many of the detractors’ demands.

One of the most difficult requests that Mr McCarthy has agreed to is the reinstatement of a longstanding House rule that would allow any single member to call a vote to oust him from office.

The Speaker is one of the most powerful positions in US politics and without one, Congress cannot function.

This week’s failed votes marked the highest number of ballots for the speakership since 1859.

Sessions to decide on the person for the job had rumbled on for hours in the chamber this week – one even topping eight hours.

The stalemate has raised questions about the Republicans’ ability to govern over the coming two years.

Who has the most talent in the minors? Ranking every MLB system from 1-30
Biden rules out giving F-16 fighter jets to Ukraine
PM plans to ban Channel migrants from appealing deportation
Nursing union leader calls on Sunak to intervene ahead of biggest NHS walkout in history
Spot the Sussexes: Harry and Meghan at Ellen DeGeneres’s surprise wedding vow renewal