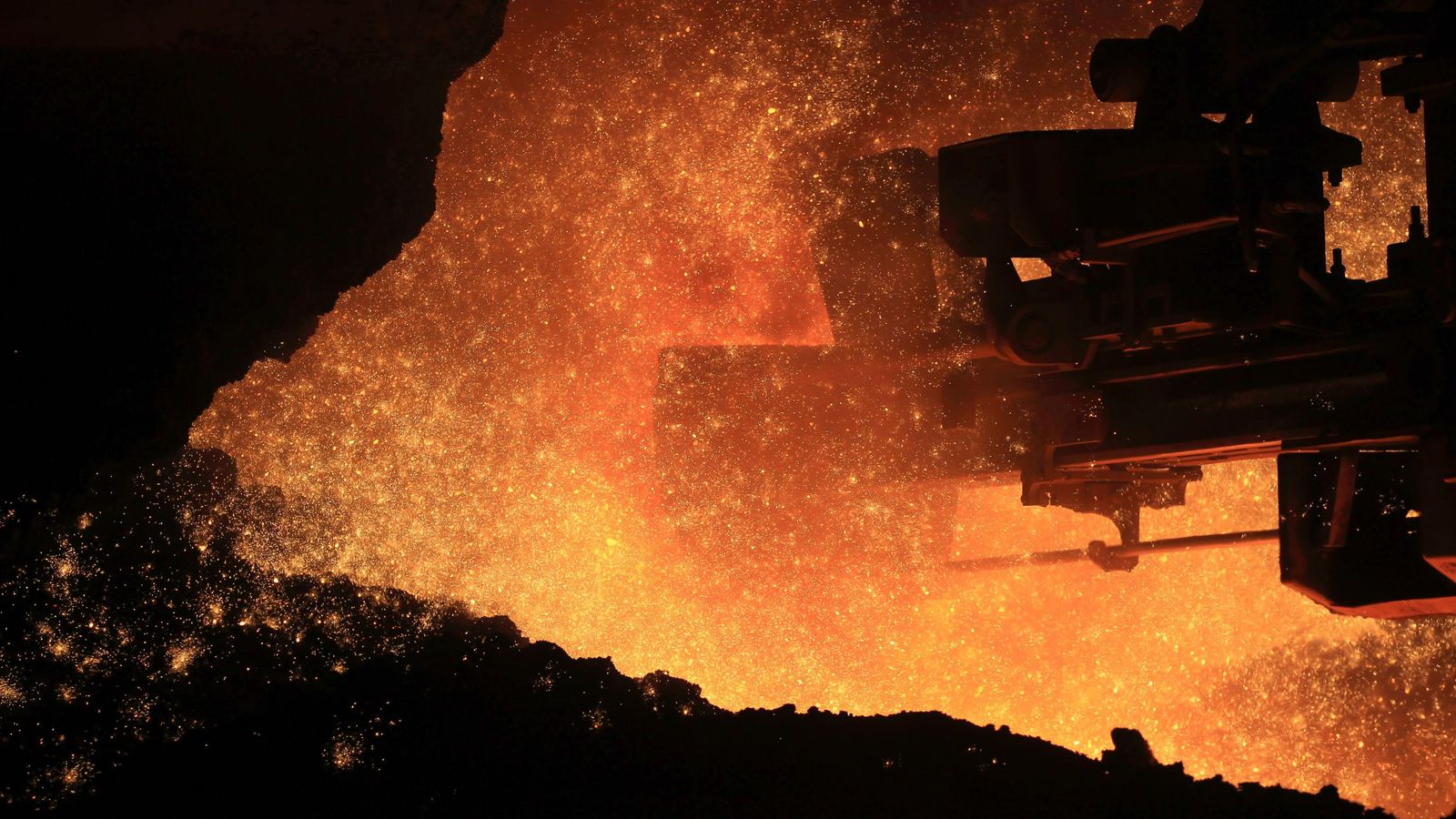 The Treasury is close to agreeing a £300m aid package for the UK’s second-biggest steel producer in a move aimed at reducing its carbon footprint and averting the loss of thousands of industrial jobs across northern England.

Sky News has learnt that Jeremy Hunt, the chancellor, has been advised by officials to approve a request from British Steel for public money following an intervention by Grant Shapps, the business secretary, and Michael Gove, the levelling-up secretary.

Whitehall sources said the government was expected to communicate a decision to the company in the coming days, which would see around £300m handed to it in instalments during the next few years.

The funding would be “directly linked” to a project to replace British Steel’s blast furnaces at its Scunthorpe site with a greener electric arc furnace, according to one person close to the situation.

Jingye Group, British Steel’s Chinese owner, would also be obliged to invest at least £1bn in the business by 2030 and make commitments relating to job retention, the person added.

If those conditions are not met, the Treasury could still decide not to proceed with the funding.

Sky News revealed last month that Mr Shapps and Mr Gove had written to the chancellor to seek approval for the package of financial support.

A decision to grant it will not be without controversy, given British Steel’s Chinese ownership and doubts about its adherence to financial commitments made when it bought the business out of insolvency proceedings in 2020.

In their December letter to the chancellor, his cabinet colleagues warned that British Steel’s demise could cost the government up to £1bn in decommissioning and other liabilities.

They cautioned Mr Hunt that British Steel “does not have a viable business without government support”.

“Closing one blast furnace would be a stepping-stone to closure of the second blast furnace, resulting in a highly unstable business model dependent on Chinese steel imports,” Mr Shapps and Mr Gove wrote.

“Given the magnitude of the liabilities due to fall on HMG in the event of blast furnace closure, and following the PM’s steer, we would like officials to test whether net Government support in the region of £300m for British Steel could prevent closure, protect jobs and create a cleaner viable long-term future for steel production in the United Kingdom.”

They also argued that retaining sovereignty over steel production was critical to the UK economy.

“Every other G20 nation has maintained domestic steel production and, while we do not think that this should come at any cost, we do believe it is in HMG’s interest to offer well-designed and targeted funding which unlocks private investment, achieves a good outcome for taxpayers, and enables transformed, decarbonised and viable domestic steel production to continue in the UK in the long-term,” Mr Shapps and Mr Gove wrote.

“We do not want to become reliant on steel sources elsewhere in the same way that energy security has become self-evidently important.

The fate of British Steel, which was bought by Jingye out of an insolvency process just under three years ago, has become increasingly unclear in recent months as the current owners have indicated that they would not maintain its operations without taxpayer funding.

British Steel employs about 4,000 people, with thousands more jobs in its supply chain dependent upon the company.

According to last month’s letter, British Steel had already informed the government that it could close one of the Scunthorpe blast furnaces as soon as next month, with the loss of 1,700 jobs.

This would be “followed by the second blast furnace closing later in 2023, creating cumulative direct job losses of around 3,000”, Mr Shapps and Mr Gove wrote.

One of the pre-conditions set by Whitehall for the discussions was that Jingye would not cut jobs at British Steel while the discussions were ongoing, although the recent letter to Mr Hunt said that ministers “cannot guarantee the company will choose to support jobs in the short term”.

Tata Steel, which is the biggest player in the UK steel sector, has also requested financial help from the government in the past year.

The request for financial support from Jingye poses a political headache for ministers, given the scale of the potential job losses which might result from a refusal to provide taxpayer aid.

An agreement to provide substantial taxpayer funding to a Chinese-owned business, however, would inevitably provoke outrage among Tory critics of Beijing.

China’s role in global steel production, after years of international trade rows about dumping, would make any subsidies even more contentious.

In May 2019, the Official Receiver was appointed to take control of the company after negotiations over an emergency £30m government loan fell apart.

British Steel had been formed in 2016 when India’s Tata Steel sold the business for £1 to Greybull Capital, an investment firm.

As part of the deal that secured ownership of British Steel for Jingye, the Chinese group said it would invest £1.2bn in modernising the business during the following decade.

Jingye’s purchase of the company, which completed in the spring of 2020, was hailed by Boris Johnson, the then prime minister, as assuring the future of steel production in Britain’s industrial heartlands.

Responding to an enquiry from Sky News, a British Steel spokesman said: “To support the journey to net zero, our owners, Jingye, have invested £330m in capital projects during their first 3 years of ownership and they continue to invest unprecedented sums of money in British Steel.

“Jingye are committed to our long-term future but we also require the UK government to provide the necessary support, policies and frameworks to back our drive to become a clean, green and sustainable company.

“We are continuing formal talks with the government about decarbonisation, along with the global challenges we currently face.

“The government understands the significant impact the economic slowdown, rising inflation and exceptionally high energy and carbon prices are having on businesses like ours, particularly during such a key period in our transformation.

“British Steel can play a significant role in the UK’s economic recovery and we look forward to working with the government and to making the home-made steel Britain needs for generations to come.”

The Department for Business, Energy and Industrial Strategy and the Treasury have both been contacted for comment.